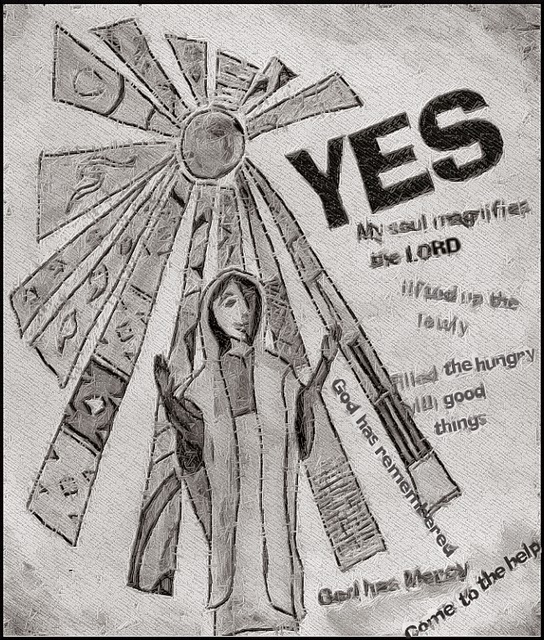 A guest on Diane Rehm just used the last words of Eric Garner, "I can't breathe," as a metaphor for race relations and justice in American society.  Mr. Garner, of course, originally meant no such thing; nor was he simply reporting on his physical condition at the time of the statement.  He was trying to convey information to the officers kneeling on his back, pressing him into the ground, that they were killing him.  He was clearly intending his report to motivate them to ease off and let him breathe.

Just as clearly, they didn't.

His words were simple and literal, but at the same time not simple.  He meant to convey more than his condition; he meant to communicate a need, as well as a directive:  get off my back, you're killing me.  That message, of course, he meant literally, not figuratively.  We could understand both phrases as metaphors, given the right context.

Interesting how much context matters, in fact.

Which is my fundamental argument with fundamentalists:  context matters, and to take scriptures like the Biblical text out of context, both within the setting of the text and within the setting of the community which regards those texts as scriptural, is to ignore the importance of context.  The same applies, of course,  to atheists who denigrate any and all references to those scriptures.

"I can't breathe" had become a metaphor long before the guest on Diane Rehm recognized it publicly this morning.  What is interesting to me is not that fact, but the process by which it occurred.  The same use of metaphor runs through the nativity stories of Matthew and Luke.  Luke has the Holy Family journey to Bethlehem, city of David, associated with Israel's greatest king, for the birth of the Christchild.  In Matthew, they already live there.  Luke places the birth in a manger, a feed trough (salle a manger is still French, from the Latin that gives us the English word the KJV uses, for what in English we call the "dining room"), accompanied by angels and shepherds come to witness the holy event.  Matthew has Magi from the east recognize the king, but some two years after the birth which is otherwise inauspicious.  Because of this Matthew has the Holy Family flee into Egypt; Luke has the child presented at Temple for Mary's purification after the birth, where we get the Song of Simeon, the final of the four songs in Luke's Nativity narrative.  The family then goes home to Nazareth.  Matthew has the family return from Egypt to Nazareth after Herod dies, a number of years later.

Why do Matthew and Luke disagree so on such fundamental facts as why the birth was in Bethlehem, and why the child was raised in Nazareth?  The answer is metaphor.

Luke sets the tone for his gospel with this opening story:  a child connected through Mary to Elizabeth to a priest holy enough to enter the sanctum sanctorum of the Temple, is also a young girl whose child is placed in the peasant's crib, the manger, and who is visited by an even lower social class, shepherds, who are the first people told of the Savior's birth.  Matthew recapitulates Israel's history:  Joseph, the patriarch, has the vision; wise men from the East follow the new star which comes with the child's birth, just as wind and earthquake come with the presence of God before Elijah, although God is in neither the wind nor the earthquake (any more than Jesus is in the star).  Angels tell the world, or at least the shepherds, about the birth in Luke; Magi tell Herod, in Matthew, and that news forces the family, like the first Joseph before them, to flee to Egypt, and then exit from Egypt later, and return to settle in a new place where they make a new home.  Matthew and Luke both mean to use metaphor to tell their story, to place the importance of this Jesus of Nazareth in narrative.  Is it literally true?  Does it matter?  Is that the purpose, to merely report?

Matthew wants to tell the story of Jesus to the children of Abraham ("Jews" is still too anachronistic a term for Matthew's audience).  Luke wants to tell the story to Gentiles.  He emphasizes the social justice of the teachings of Jesus of Nazareth (John the Baptist's one extended speech in Luke is about how we treat the poor; that's what really matters to John.  In Matthew's version, John is concerned with the keeping of the covenant.  That covenant covers only the children of Abraham.).  Their different purposes determine their different emphases, and their difference stories.  The stories are meant to invite understanding, as well as interest; they are not meant to record with a high degree of accuracy and adequate corroboration precisely what Joseph experience in his dream, or what Gabriel said to Mary when no one else was around.  They are meant to be true, but not in that sense literally true.

Eric Garner's words were literally true; but the tragedy is, that's how they were taken:  as only literally true.  They were not taken as a reason for action at all, as requiring any kind of response.  Now they are being taken as a metaphor; now we interpret those words for our purposes.  That is not what he meant when he said them, but words find their own meaning among we, the living.  Matthew and Luke's words are not literally true, and were never meant to be.*  But that does not mean they were not true nonetheless.

Eric Garner's words, repurposed and taken as metaphor, can be taken as true for many people in this country.  Perhaps taken as true for others, they will be a spur to justice for others, to some redemption of the death of Mr. Garner, an untimely and unnecessary death.  Taken as true in the same sense, the gospel narratives of Luke and Matthew can be a spur to justice; especially Mary's Magnificat (I don't have one link to this; Thought Criminal has done some excellent work on the Magnificat lately, so you'll have to browse).  It is not that none of us can breathe because Mr. Garner couldn't; it is that we see in his struggle our struggle for justice, and we join to make common cause on that issue, at least.  It is not that God has, indeed, physically tossed the mighty from their thrones and sent the rich away (to where?) empty, while raising up the lowly and feeding the hungry; but we can see in Mary's proclamation of justice the true new hope that can inspire us to join together and make common cause on that issue, as well.

*Post-modernism would make this point most emphatically, especially in the face of post-Enlightenment thinking that truth is still a knowable absolute, but found in discovery (science) not revelation (Xianity).  It's arguable that the insight of post-modernism, that all truths are simply culturally determined and more the product of privilege than empirical knowledge, is responsible for the fundamentalism of Harris and Dawkins.  The world is full of such ironies.