Prayer for the First Sunday of Advent 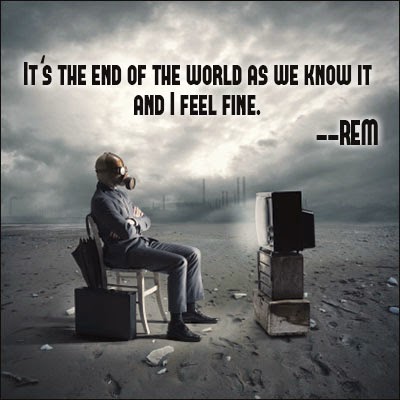 APOCALYPSE is the cry of the helpless, who are borne passively by events which they cannot influence, much less control. The cry of the helpless is often vindictive, expressing impotent rage at reality. Apocalyptic rage is a flight from reality, a plea to God to fulfill their wishes and prove them right and the other wrong. Apocalyptic believers could hardly think the saying, "Go, make disciples of all nations," was addressed to them. Had apocalyptic believers dominated the church since the first century, there would have been no missions to unbelievers, no schools, no hospitals, no orphanages, no almsgiving. The helpless cannot afford to think of such enterprises; they can only await the act of God, and then complain because that act is so long delayed. The gospels and epistles rather tell the believers that they are the act of God.--John L. McKenzie

BAGHDAD, Iraq - The kidnappers of four Christian peace activists threatened to kill the hostages unless all prisoners in U.S. and Iraqi detention centers are released, according to a videotape broadcast Friday by Al-Jazeera television.

The tape showed what the broadcaster said were two Canadian hostages. An American and a Briton are also being held. In a statement delivered with the tape, the kidnappers gave the two governments until Dec. 8 to meet their demands, according to Al-Jazeera.


Above the clamor of our violence
your word of truth resounds,
O God of majesty and power.
Over nations enshrouded in despair
your justice dawns.
Grant your household
a discerning spirit and a watchful eye
to perceive the hour in which we live.
Hasten the advent of that day
when the weapons of war shall be banished,
our deeds of darkness cast off,
and all your scattered children gathered into one.
We ask this through him whose coming is certain,
whose day draws near:
your Son, our Lord Jesus Christ,
who lives and reigns with you and the Holy Spirit,
one God, for ever and ever.