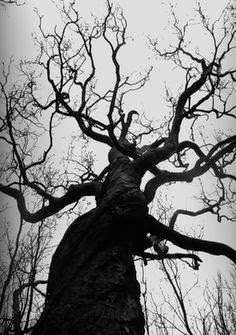 This has nothing in particular to do with Sunday (which I spent cleaning up leaves and hanging Xmas lights on the house; still not finished with the latter, thank you very much....), but I keep hearing that "conservative evangelical Christians" are ruining public education.

I keep failing to find any sign of it.

I know the polls say people love them some Creationism, but those "polls" are always only one poll which everybody quotes but nobody understands (or gets the numbers right).  Nobody relies on one poll during any election season, but one poll is supposed to reveal the complexity of the American public in the opinions of 1000 people who answered their telephones.  And the poll is proven true because the next poll by the same pollster a few years later reveals substantially similar results.   Which you would expect from substantially the same questions.*

It's never proven by an election, however.  Most polls, in that case, are wrong about something, and what they get wrong is quickly swept under the rug as the results prove whatever some pundit says they prove, prior predictions and polls being forgotten in the rush to explain what just happened, with reference only to what just happened and not what was predicted by the polls.

So forget the polls and the scary numbers of people who supposedly think the earth was created in six days and rests on the back of turtles all the way down.  If it were true that so many Americans believed that, Ken Ham wouldn't need the state of Kentucky to reinstate their tax breaks for his Ark Park.

But if it isn't the great unwashed (democracy is great until people get involved!) whom we must fear, then it's the school boards and the textbooks.  I have been teaching the products of the Texas public school system for over 10 years now. I have yet to meet a student who "can't think" because they believe so firmly in creationism they "...have to suppress everything that they can see in nature to try to get a world view that's compatible with the adults in who they trust and rely on for sustenance."  Maybe there are some somewhere, from some back of beyond tiny school district in Texas; but I have yet to meet them, and I've been meeting and teaching at least 30-90 students five terms a year for the past 12 years.  I'm sure somewhere in those 5000+ students I'd have noticed some who couldn't think because they were suppressing everything they see in nature.

The problem with the public school students I meet is precisely that they don't know how to think, but that failure to think is a product of the school reforms championed in Texas by Ross Perot (remember him?  He did more harm to Texas than Rick Perry ever thought of doing), school reforms taken to Washington by George W. Bush and continued under Barack Obama, committed against the whole nation.  Students aren't taught to think because the entire emphasis of education is on data, knowledge, and the ability to stuff as much of it into young skulls as a French goose's liver will hold.

Oh, wait, sorry; crossed metaphors there.  Still, it holds.  When my daughter was in private school, the elementary school was exemplary and well tuned to the students in it, all of them backed by highly motivated families but in an educational environment geared to young children.  When she entered middle school, the direction of the school changed (under the direction of the school's board) and the emphasis switched to force-feeding the geese.  It was Ross Perot's reforms on steroids because, after all, what are you paying a private school for?  Such education doesn't place a premium on thinking, it places a premium on data retention.  It places a premium on knowing, not on understanding.

I struggle every year just trying to get my students, whether they are from Texas public schools, or have spent their lives in the private school where I teach a college course, to understand rather than simply remember.

Their struggle has nothing to do with conservative evangelical parents.

More and more I'm convinced the power of these conservative evangelicals is equal to the power of Fox News and Bill O'Reilly and Sean Hannity and all the rest of that ilk:  they have power only because we say they do.  The actual audience for Fox News is at least one-third less than the audience for the lowest rated of the big three networks.  Any program on Fox News that drew the audience it gets now, including O'Reilly's, would be dropped from the major networks in a heartbeat.  And yet we declare that Fox News runs the world, and act as if the real enemy of progress and liberalism and reason is Roger Ailes.

Which is to say we still face the problem Thoreau identified over 150 years ago; thousands of us are hacking at the branches of the tree of evil, for every one person who is hacking at its roots.  Excessive fear is creationism running rampant is not at the root of any problem we have in America today.

Creatonism is a very stupid idea.  I've yet to meet one student who espouses it and clings to the anti-rational anti-science attitude it takes to support creationism.  I present my students with challenging ideas and force them to think, something a class recently told me make their heads hurt.  I know there are very closed minded people out there; they are a greater minority than we imagine.  But they are nowhere near a majority.

I grew up in East Texas, among tee-totaling Baptists who didn't think liquor should be sold in stores closer than the other side of the county line (because it's less of a sin if you have to drive to get it, thus weeding out the worthy from the unworthy; or something), people who took the Bible as literal, even as their livelihood depended, directly or indirectly, on engineering and geology and oil exploration and extraction.  I knew a number of very devout, religiously conservative engineers who nonetheless talked about geology and science as rationally as Bill Nye ever did.  It's rather surprising how easily people can divide their sensibilities into neat compartments.  There were fundies among us, but no one took them very seriously.  Most people simply divided their thinking into neat compartments and went on their merry way extracting money from the ground beneath them.

Nye's complaint, and response, is basically a variant on "Somebody on the internet is wrong!"  It's the discovery that there are people in the world who don't think as you do, and how dangerous that is, and how much of a burden it puts on you to stamp those people out because if you don't, they might actually exist!  They might propagate their idea, and not yours!  And then what???!!!????

The end of civilization as we know it, of course.  I grew up among those people (see the tee-totalling Baptists mentioned above.  Two popular jokes about Baptists in my home town:  why do you take two of them fishing?  Because if you only take one, he'll drink all your beer.  And when do two Baptists NOT speak to each other?  In the liquor store.); I recognize the type.  I also recognize the danger:  and it doesn't come from know-nothing Creationists.

The status quo is a far greater danger to us.  The tree of evil has deep roots, roots that lie even in us.  Maybe we would do better to start there, rather than worry about all those others.

*and thanks to the rustypickup, we can say that yes, it does matter what questions are asked:

The results show far more nuance, variation, and doubt than is commonly supposed. Most Americans do believe God created us. But the harder you press about historical claims in the Bible, the less confident people are. The percentage who stand by young-Earth creationism dwindles all the way to 15 percent.