Following up on the life and times of Ken Paxton, Texas AG 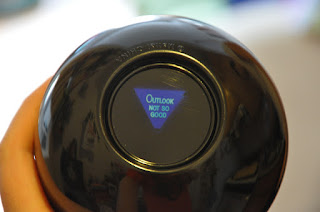 The criminal investigation against Texas Attorney General Ken Paxton has taken a more serious turn, with special prosecutors now planning to present a first-degree felony securities fraud case against him to a Collin County grand jury, News 8 has learned.

Special prosecutor Kent Schaffer told News 8 Wednesday afternoon that the Texas Rangers uncovered new evidence during the investigation that led to the securities fraud allegations against the sitting attorney general.

"The Rangers went out to investigate one thing, and they came back with information on something else," Schaffer told News 8. "It's turned into something different than when they started."

A first-degree felony conviction is punishable by up to life in prison.

In May Paxton was fined by the Texas Securities Board for steering clients to a friend's investment firm without registering as an investment advisor (word is both gays and straights can register under Texas law.  In fact, they have to.).  That led to an investigation which finally led to two private attorneys in Houston being appointed as special prosecutors.  They also plan to bring charges for failure to register, a third-degree felony.

I don't know what the standards are for removing a sitting Attorney General.  It's an elected position (we elect almost everyone but the Capitol janitor), so I presume he'd have to be impeached.  Considerable pressure would come down on him, however, if he is indicted.  A sitting AG facing felony charges is just not something you want to see.

I see a resignation in his future.
Posted by Rmj at 1:31 PM