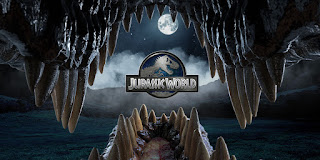 Narrative is powerful, especially when it tells us what we want to hear.  Take this as an example:

“I had the worst experience at this establishment. The owner is an absolute lunatic and screamed in the face of my almost 2 year old child bc she was crying. Who in their right mind would behave like this unless you are deranged. You have a problem with a child crying then you are not suitable to run a business. If it bothered you so much you should have spoke to me and not traumatized my child by screaming in her face.”

But owner Darla Neugebauer fired back with a swift rebuttal. “Iit [sic] all started because YOUR PARTY NEEDED 3 full size pancakes for this 2 year old! 3 f__king pancakes at Marcy’s! I believe right here should have told me you were ignorant!… After your 4th attempt to shut her up I asked you to pack up either your rotten child or take the so important pancakes to go….. but NNNNOOOOOOO you just sit there & let your f__king screaming kid go! & piss off my staff & patrons! F__k you! And guess what? She shut the f__k up after I yelled from 5 feet away! I was in your stupid husband’s face I was in! the without any balls! I have a business to run & yes I am f__king crazy & you are lucky I didn’t get really f__king nuts because being physical is not something I cower from.” In another post, she added that the crying had gone on for 40 minutes and added, “Good luck lady with that monster! Good thing I thrive on hate!”

That's the full story as recounted in an article at Salon.  The comments to the article reflect what is probably the most common reaction to this set of facts:  the parents should have either controlled their child, or removed it from the premises.  This story probably engenders precious little sympathy for the parents.

Now you might also almost immediately say, with the author of the Salon article, that the diner owner had no cause to be so belligerent as to yell at a two year old.  Fair enough.  Examine the story as presented here and look at what the stories agree on:

1) There was a 2 year old child involved.
2) The diner owner yelled at the child.

Those are the facts not in dispute.

The parent says the child was "crying."  The diner owner says the child was "screaming" and "piss[ed] off my staff and patrons."  She goes on to insist "being physical is not something I cower from," a notoriously brave statement on the Internet, and even braver in the face of admitting she screamed at a 2 year old child.

Was the child having a temper tantrum ("screaming")?  Was the child "crying"?  One of those two things were happening, but we don't know which.  It makes a difference as to who was unreasonable here, who is at fault.  But we can't resolve it; we have two different narratives.  How do we reconcile them?

Well, screaming/crying children in public places are annoying, and we all wish the parents would either remove them from the building or yell back at them to shut up!  Or something.  So maybe the parents are to blame.

Still, how long did this go on?  The diner owner says it lasted 40 minutes.  Long enough to make her seem tolerant, not so precise as to make it look like she was watching a clock until some arbitrary time limit had been reached.  The mother says the diner owner "screamed in the face of my almost 2 year old child."  The diner owner says she she yelled at the child "from 5 feet away!"  She also says the parents made "40" attempts (she likes that number) to silence the child, and that she did speak to the parents first, although the mother denies that fact.

I'm really not interested in the answer to those questions; I'm interested in the questions.  How do we know who is right, here?  With whom should our sympathies legitimately lie?  Parents may sympathize with the parents; or may pride themselves in never having let their child behave that way in public.  Restaurant patrons may applaud the owner, thinking of the times a restaurant full of children (or seemingly so; a few children can seem to fill a lot of space) made their meal memorable for all the wrong reasons.  No, what interests me is the narrative, and who quickly we accept one.

Which do you accept?  The mother's?  Or the owner's?  And why?  The owner blames the problem on  the family ordering pancakes for the child.  Was that the problem?  In what world does it take 40 minutes to make pancakes?  I can crank out, from scratch, a stack of 8 or 10 pancakes in under 30 minutes, and that includes getting the bowls and griddle out.  I would expect a diner that serves pancakes to have the batter ready made, or nearly so, and in a "crisis" to spit them out quickly, in hopes of placating a hungry 2 year old.

Or was that not the problem?  I would also expect the parents not to subject a restaurant to the screams of their child for 40 minutes.  But was the child screaming?  And did it go on for 40 minutes?  It may have seemed like it; but 40 minutes by the clock is an epic meltdown, I think even the most determined child would exhaust themselves long before then.

So what happened?  Again, it's not what happened that's interesting.  It's our willingness to decide something must have happened, and this is what it was!, that's of interest here.  Almost every comment at Salon (taken merely as representative responses of the general public) has an opinion about what went wrong and what should have been done to make it right, from removing the child to never entering the diner (most sympathize with the owner, one way or another).  None stop to consider they don't know what happened, or what could have been done about a situation they have so little, and so much conflicting, information about.

The family was in the diner; the child was creating some kind of disturbance (who wants to even hear a child sobbing softly?).  That's what we know.  Oh, and the owner screamed at a 2 year old.  We know that, too.

But everyone who reads that story is convinced they KNOW WHAT HAPPENED!  And knowing what happened, they know who was RIGHT and, more importantly, who was WRONG!!

Narratives are powerful things.  They're like the imaginary dinosaurs of Jurassic Park:  we don't have enough information (DNA) to reproduce the whole story, so we fill in with what's available (our experience/opinions, or, in my analogy, frog DNA) to make a story that runs on two legs.

And then tries to devour us. Narratives are powerful things.  And it's not the content of them that matters; it's what we make of the content, that matters.

UPDATE:  I want to add this, from the comments at Salon, furthering my point about the power of narrative (especially in culture):

When my daughter was 8 months, we (my husband and I and my parents) took her to Ghana to meet her father's side of the family. As soon as we boarded the plane in Chicago, we were greeted with a wall of glares, like we'd brought a skunk on board or something. She was even smiling and laughing as we boarded. She did fuss for most of take-off (it was rough, I wanted to fuss too; and, yes, I did give her a bottle to help with her ears) and then again later in the flight for a minute or so. But for the rest of the seven hours, she was very quiet. As we deplaned, some of the people who had been glaring told us what a "beautiful baby" she was. Others still glared. One thanked us for ruining his flight (as if 10 minutes of crying is what ruined 7 hours in an airborne sardine can).

On the leg from Heathrow to Accra, when my daughter was a lot more tired and fussy and, in fact, screaming her head off as we boarded, the African people (especially the women) on board lit up like we'd brought a Christmas present. They were practically lining up to play with her, and they told us what a beautiful baby she was even as she screamed her head off.

In America when you're among friends and family with a baby everyone wants to hold the baby - until she poops or cries, then it's right back to mama. In Ghana they just wave you away - "No, no, mama, relax. It's fine. Sit. Have a drink." It's just understood that babies and little kids cry and no one goes into screaming rants about it, most especially not in the baby's face.

That comment came just before a comment pointing out that "evolution" had made us all respond negatively to a child's crying, so we really can't help ourselves when we find it annoying.  Science, right?  Culture, actually.

Culture is the story we tell ourselves about how we are supposed to behave.  We are supposed to react negatively to a crying child, so that's the way everybody does it.  Except, of course, culture is not that kind of universal.  Nor, it turns out, are stories.