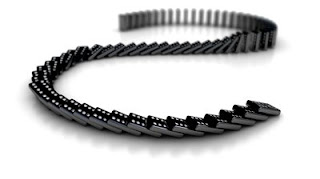 First, not all the county clerks in Texas are all that thrilled with the Texas AG (who is the state's civil lawyer, not the lawyer for the state's counties); viz:

“We were the first people to be affected and the last ones to be contacted,” wrote Deborah Rushing from Yoakum County. “No one had our back.”

After Attorney General Ken Paxton — the state’s civil lawyer, not a primary legal authority on county matters — advised clerks to defend religious freedom but expect lawsuits, Ellis County Clerk Cindy Polley wrote: “Does it seem to anyone else the AG is putting it back on us?”

“HELP!” Brewster County Clerk Berta Rios Martinez wrote. “I just had my first gay couple come in for a marriage license and I ran them off!! … Did I do right? HELP!!!”

Shelby County Clerk Jennifer Fountain wrote her “vent” after a resident told her that issuing the licenses was “taking Shelby County to the fires of hell”:

“Why didn’t [Abbott] say ‘The state of Texas WILL NOT ISSUE same sex marriage licenses. If you want to sue, sue the State.’ Instead, he hung us all out to dry, threw us under the bus.”

Fountain went on: “I’ve issued marriage licenses to couples that I’ve had in court for beating each other up. I’ve issued to people that have lived together for 20 years. … Did I get ugly phone calls and blasted on [Facebook] for issuing them? No!!”


Lang’s other emails declined interviews and quoted Paxton. When she wrote about “instilling my religious liberty,” Hood County Commissioner Butch Barton wrote telling her to “hang in.”

That last paragraph refers to the now infamous County Clerk of Hood County, who apparently has the backing of her county government.  Of course, so far no same sex couple in Hood County has come to the clerk asking for a marriage license,  so the county doesn't face the costs of a lawsuit, the clerk doesn't face the prospect of a fine.  (As the AG noted in his opinion letter, Texas law levies a $500 fine against any county clerk who refuses to issue a lawful marriage license.  Minors and cousins can't marry in Texas, so there are still some grounds for refusal.)

The way government is set up in Texas, county governments and clerks are elected offices.  I'm not even sure the clerk is subject to the rule of the County Commissioner's Court (local county governing body).  Which is to say, I'm not sure what that grounds are for removing a County Clerk, short of impeachment (which I'm just assuming is the method for removing an elected official before the term of office has expired).  I'm not going to look into the Texas Govt. Code (or Local Govt. Code, whichever) to find out.  But I do know neither the Governor nor the AG has any authority over County clerks, and telling them to violate the law as recently established is telling them to take a long walk off a short pier.

But it's just a suggestion, so that's okay, right?

And I'm really sympathetic with Shelby County Clerk Jennifer Fountain.  I don't think God will refuse the validity of these marriages, but she's right that such matters are up to God. Her concerns about her own job are really quite sensible,  And she makes an excellent point:  as a teetotaller (and so probably a Baptist), she doesn't drink or allow alcohol in her house, yet she's issued TABC licenses for the sale of liquor.  So why can't she issue marriage licenses now?

Texas AG Paxton says there is a group of lawyers read to pro bono defend any clerk who gets sued over this issue.  As someone noted on a Texas news radio program this week, that means you crawl out on the limb and saw it off after you, and don't worry, there's probably a private lawyer who will represent you free of cost.  Probably.

Court costs and fines and attorneys fees, if recoverable, will be up to the individual and the county to pay, however.  But hey, the Texas AG says “Texas must speak with one voice against this lawlessness, and act on multiple levels to further protect religious liberties for all Texans.”  This ghost army of pro bono lawyers who will probably volunteer to defend you, have got your back.

Now don't you feel better?  If not, take three paragraphs of this opinion and call the Texas AG in the morning:

If instead, a county clerk chooses to issue no marriage licenses at all, it raises at least two questions. First, a clerk opting to issue no licenses at all may find himself or herself in tension with the requirement under state law that a clerk "shall" issue marriage licenses to conforming applications. TEX. FAM. CODE ANN.§ 2.008(a) (West 2006). A court must balance this statutory duty against the clerk's constitutional rights as well as statutory rights under the Religious Freedom Restoration Acts. Second, a court must also weigh the constitutional right ofthe applicant to obtain a same-sex marriage license. Such a factually specific inquiry is beyond the scope of what this opinion can answer.

In short, county clerks and their employees retain religious freedoms that may provide for certain accommodations of their religious objections to issuing same-sex marriage licenses--or issuing licenses at all, but the strength of any particular accommodation claim depends upon the facts.

If you are wondering, that is legal weaselspeak for "HellifIknow, but you're probably screwed."  Everything in law does "depend upon the facts."  And a legal opinion that constantly refers to the facts without reaching a conclusion about the law, is a legal opinion that knows the facts are not on its side, which means the law is not going to swoop in and save the political position.

Walter Dellinger says that last sentence of the first paragraph is where "understatement morphs into error."  The Texas AG knows, of course, that the scenario described would be unconstitutional, a clear violation of the equal protection clause of the 14th Amendment.  He knows that, but he doesn't want to say it.

So instead, he says:  ¯\_(ツ)_/¯.   What the Texas AG told Texas county clerks was:  we don't know, maybe you could make a case, the law is probably against you, we can promise unnamed lawyers might be willing to represent you pro bono, but that won't cover anything except attorney's fees, and whether or not the suit is even worth the fight depends on so many factors we can't even give you an opinion about our opinion.

But all of Texas needs to speak with one voice about this, so:  you go first.

And now it turns out it was all a misunderstanding:

The religious doctrines to which I adhere compel me to personally refrain from issuing same-sex marriage licenses. Nonetheless, in addition to the county clerk offices in the several surrounding counties, as soon as the appropriate forms have been printed and supplied to my office, the County Clerk’s Office of Hood County will have staff available and ready to issue same-sex marriage licenses.


Because some have misreported and misconstrued my prior statements, I want to make clear that the County Clerk’s Office of Hood County will comply with the recent decision of the Supreme Court of the United States.


I am grateful that the First Amendment continues to protect the sincerely held religious beliefs of public servants like me. That has not changed since last Friday. As Justice Kennedy stated, “it must be emphasized that religions, and those who adhere to religious doctrines, may continue to advocate with utmost, sincere conviction that, by divine precepts, same-sex marriage should not be condoned.”

I really don't think the hold-outs are going to hold out for very long.  It won't be long until Texas does speak with one voice on this issue.
Posted by Rmj at 11:38 AM