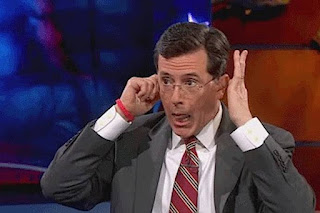 I was going to leave this alone.  It's a review of a book by David Silverman who apparently aspires to be the next Madalyn Murray O'Hair (he is President of the organization she founded), and it's all same song, second verse, blah blah blah.  A good review of a tendentious book, but a tendentious book and theme nonetheless.

Then this caught my eye:

There’s a philosopher at the UC Riverside I admire named Eric Schwitzgebel. One of his more popular theories is his theory of jerks, which he defines as follows: “the jerk culpably fails to appreciate the perspectives of others around him, treating them as tools to be manipulated or idiots to be dealt with rather than as moral and epistemic peers.”


No offense to Mr. Schwitzgebel, but Christianity (at least) has been defining such persons for millennia.  We call them sinners. Or just humans, if you prefer.  Dealing with people as "moral and epistemic peers" is, at least in Christianity, generally regarded as a goal, not a given.  Once you start examining the failure "to appreciate the perspectives of others around" you, you start to realize just how great your failure is.  The idea of such an examination is the very basis of Christian humility.

And Christian humility doesn't teach you that the best way to deal with people is to first decide which ones are the "jerks."

T'he current "analyses" of Christianity and religion generally all run along the tracks that the issue is about power and control, right and wrong, authority and submission:  and self-examination is never allowed.  Not from David Silverman, not from Jerry Coyne, not from any prominent critic of religion (and it's easy to become prominent by being a critic!  Just ask the internet....).  There's something profoundly sad about that; and something profoundly dishonest, too.

Hey, religion has insights into that, too!  Too bad the critics don't want to consider them; then again, self-examination is hard.