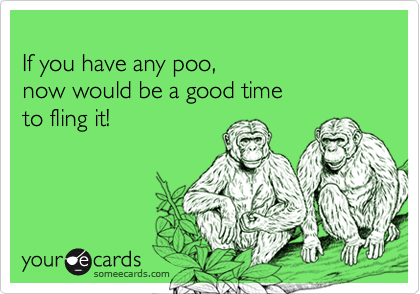 I don't usually engage this kind of article (what's the point?), but Valerie Tarico makes it too easy.

It seems she's read a book, and that book has taught her all the virtues (!) of proof-texting.  So, she quotes Deuteronomy 32:39-42.  Well, she doesn't quote it, exactly.  In fact, here's exactly what she says:

I kill … I wound … I will make mine arrows drunk with blood and my sword shall devour flesh. So says Yahweh in Deuteronomy 32:39-42, and this is no idle threat. You’ve heard the story of Noah’s flood, and about the fire God rains down on Sodom and Gomorrah, and about the 12 plagues of Egypt, but did you know that in the Bible God kills 158 times? The full list can be found in the Steve Wells book, Drunk With Blood.

Now, there are a lot of assertions in there, but let's start with Deuteronomy.  Here's the passage in question:

See now that I, I am He,
and besides me there is no god;
I put to death and I keep alive,
I inflict wounds and I heal;
there is no rescue from my grasp.
I raise my hand towards heaven
and swear:  As I live for ever,
when I have whetted my flashing sword,
when I have set my hand to judgment,
then shall I punish my adversaries.
and wreak vengeance on my foes.
I shall make my arrows drunk with blood,
my sword shall devour flesh,
blood of slain and captives,
the heads of the enemy princes.'

Sounds pretty grim, huh?  And what is that?  It's a song of Moses, which begins with recounting the salvation history of Israel, and includes these lines about the wrath of God:

I had resolved to strike them down
and to destroy all memory of them,
but I feared that I should be
provoked by their foes,
that their enemies would take the credit,
saying, "It was not the Lord,
but we who got the upper hand."

"Them" there is the nation of Israel.  The punishment would be for their apostasy.  These words were written after the Exile, the fall of Israel and removal of its people to Babylon.  If that event didn't feel like the wrath of God and the apocalypse to Israel, what would except absolute extermination, and then who would there be left alive to write about it?

The lines after that address Israel:

They are a nation devoid of good counsel,
that lacks all understanding.
In only they had the wisdom to discern this
and understand what their end is to be!
How could one man rout a thousand of them,
how could two put ten thousand to flight,
if their Rock had not sold them to their enemies,
if the Lord had not handed them over?

This is Israel recounting the Exile, and assessing blame.  The next section is God addressing Israel:

He will ask, "Where are your gods,
the rock in which you sought refuge,
the gods who ate the fat of your sacrifices,
and drank the wine of your drink-offerings?
Let them rise to help you!
Let them be your protection!

Which rather puts verses 39 through 42 in a different context, and gives them a different interpretation.  For one thing, God isn't killing anyone in those verses, any more than God is killing babies in Babylon in Psalm 137:

By the rivers of Babylon, there we sat down, yea, we wept, when we remembered Zion.

4 How shall we sing the Lord's song in a strange land?

7 Remember, O Lord, the children of Edom in the day of Jerusalem; who said, Rase it, rase it, even to the foundation thereof.

Another song of Exile; and not the words of God.  Tarico makes another error there (probably one made by Steve Wells, too) of assuming the Bible is the "Word of God" and every word in it, therefore, is the "word of God" issuing forth from God.  It's the error of assuming the most fundamentalist and literalist interpretation of the Bible is the only correct one.  There's also a very long history of very ugly anti-semitism that follows this kind of proof-texting, used to proved the Jews were blood-thirsty savages and that Christianity redeemed the violence of the Jews.  Tarico walks in those footsteps in complete ignorance, but it is a dangerous path to tread, nonetheless.  This, for example, could easily be the worst kind of anti-semitic rant:

The Chosen People see the horrors God rains down on evildoers, meaning anyone who worships another god, and despite having dedicated themselves to the cult of Yahweh, they walk on eggshells, following an intricate set of rules and rituals and offering up burnt offerings in order to avoid his wrath.

That is such a gross misinterpretation of the Hebrew Scriptures that it reeks of racism.  It would seem racism based on skin color is not the only attitude enjoying an undeserved resurgence.

As I say, God isn't killing anyone in that song of Moses; God is promising judgment and justice for Israel, the restoration of Israel vouchsafed in Ezekiel's famous vision of the valley of dry bones.  Yes, it is stated in the language of blood vengeance and militarism, but here's the interesting thing:  that didn't happen.  Indeed, Israel was returned to Jerusalem through the good offices of Cyrus of Persia, who is praised in the post-Exilic scriptures as an agent of God.  Moses's song promises destruction and military victory; history provides a much less violent recovery (and that is recorded in the Scriptures, too.  Oops.).

As for the idea that God "kills" 158 times in the Bible:  I can think of the story of Noah, and some of the stories of military victories of Israel, the passover in Egypt, and of course the story of Job (which even in the Bible is taken as fiction, again except by the literalists), but this passage is not one of those examples, except that the word "kill" appears.  If that's all you want to find, a good concordance will guide you to all those uses, and you can total up the number of times the word appears in English translation rather than rely on the dubious work of Mr. Wells in his book (the title of which alone tells you all you need to know about his editorial opinions).  But you won't understand any better than you did before by using that kind of calculus.

She goes on in this vein, citing 5 more such "examples."  I'll only mention one more:


And to put that back in context, the gospel of Matthew continues in verses 36 and following:


This language also appears in Luke 12:48-53 (Ms. Tarico can't even open a cross-referenced Bible.  My source is the Scholar's Version, which notes this passage comes from Q):

I came to set the earth on fire, and how I wish it were already ablaze!  I have a baptism to be baptized with, and what pressure I'm under until it's over!  Do you suppose I came here to bring peace on earth?  No, I tell you, on the contrary: conflict.  As a result, from now on in any given house there will be five in conflict, three against two and two against three.  Father will be pitted against son and son against father, mother against daughter and daughter against mother, mother-in-law against daughter-in-law and daughter-in-law against mother-in-law.*


As my NT professor pointed out, the power lines there are generational:  father v. son, mother in law v. daughter in law.  That passage isn't a call to arms, it's a call to discipleship.   It's a call to radical change, the kind of thing you might think Ms. Tarico would be sympathetic with because it calls on the younger generation to radically change the world given to them by the older generation.   Of course, you need a community of faith to understand that, and to implement it.  The kind of community of faith Dr. Martin Luther King, Jr. came from, and spoke to.  He understood, too, that these passages are supposed to be interpreted within a community of faith.  Undoubtedly someone can take it and decide it means God wants us to set the whole world on fire, but that's rather like saying the 2nd Amendment guarantees my right to keep and bear a bazooka.

It ain't, in other words, necessarily so; and we rely on a community to understand and implement our laws as we will accept them.  The same reasoning applies to scripture, be it from the Bible or the Koran.

*and if you're wondering why only mothers in law and daughters in law get singled out, it's because wives would live with their husband's family.  The conflict is both generational and very local.  It is not a war of nations, and it is not a war of arms; it is a war for hearts and minds, not for power and land.

Addendum:  A much more reasonable reading of scripture can be found here, albeit on a different topic altogether.  The thesis is that the theological discussion Judge Roy Moore wants to engage in Alabama belongs among the theologians, not in the court of law; and that this discussion would allow us to call into question the assertions made in the court of law on the basis of Scripture.

Interestingly, 3 out of 4 comments at RD miss that point entirely, and argue with the premise of the article even as they argue against Judge Moore.  The biggest problem with any discussion is that you can't talk to people who don't want to listen.