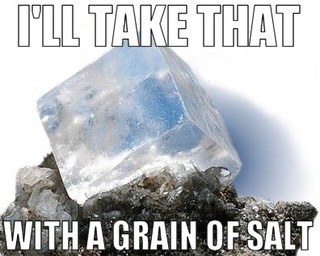 There's already a lot of nonsense and misinformation and bad information on the intertoobs about what the grand jury in Harris County did and didn't do.  Some armchair lawyers are claiming David Daleiden has a 1st Amendment defense against the charge of seeking to buy baby parts, as he never really intended to buy them, he just wanted to get Planned Parenthood on tape agreeing to sell them:  no harm, no foul.

Try that the next time you solicit a cop you think is a prostitute, or you try to buy illicit drugs from a narc.  I'll send you a cake with a file baked into it, in jail.

The facts are fairly simple:  Lt. Gov. Dan Patrick, from Houston his own self, asked the GOP District Attorney of Harris County to investigate Planned Parenthood Gulf Coast (not the national organization; the distinction is important, and fundamental to any criminal investigation) for violations of state law, based on the videos.  A grand jury was convened, and the grand jury has indicted David Daleiden on the misdemeanor of seeking to buy fetal tissue, and Daleiden and Sandra Merritt on a felony charge of tampering with a government record.  The grand jury cleared Planned Parenthood Gulf Coast of any criminal wrongdoing.

Daleiden issued a statement saying an attempted sale requires an attempted seller, but he's no lawyer. You don't have to sleep with the prostitute to be guilty of soliciting, or smoke the joint to be guilty of trying to buy marijuana, still a controlled substance in most states.  Will the two individuals be able to mount a credible defense?  Who knows?

Gov. Abbott and AG Ken Paxton say state investigations are continuing, but Texas is a bit weird in this respect.  Down here we elect everybody, and no elected official answers to any other elected official.  Dan Patrick asked the Houston DA to investigate Planned Parenthood; he didn't "direct" that investigation to happen.  He's sorry he did, now.  Patrick has major egg on his face with this one.  Abbott has the Health and Human Services Commission investigating PP, and Paxton is investigating the organization as well.

But neither HHS or Paxton can bring criminal charges.  If Paxton finds grounds for a criminal case, he'll have to get a DA in some county in Texas to convene a grand jury and investigate all over again.   Not just any county, however.  This investigation involved allegations that Planned Parenthood Gulf Coast had sold fetal tissue.  That clinic admits to donating fetal tissue in 2010, but has not done so since.  Nationally, PP says only two clinics participate in fetal donation.  A Texas DA can't indict Planned Parenthood nationally without a clinic in his/her jurisdiction to accuse of a crime.

This is over.  Texas is already trying to cut off PP federal funding.  Oddly, though, while the State keeps making such noises, as of December it had yet to cut off any funding for Planned Parenthood.

Take that as the grain of salt to be consumed with the protestations of Abbot, Paxton, and Patrick.

I just want to add:  what Dahlia Lithwick said:

This, perhaps, is a point worth highlighting: A Republican district attorney was appointed [asked, actually, but that's splitting hairs] by a Republican lieutenant governor to unearth criminal dirt on Planned Parenthood and instead indicted the videographers. The law is—we forget—different from politics, and even as politics becomes ever more a fact-free enterprise, the law is not. The grand jury followed the facts. They determined that Daleiden is the lawbreaker. Don’t expect miracles. The same people who know what they know and saw what they saw in the Planned Parenthood videos that screen in their heads will remain unmoved by reality or truth. But score this one for fact-finding and fact-finders everywhere. Sometimes the truth really does win out.

Patrick went after a big target, and it bit off a big chunk of his backside.  Which is why Abbott and Paxton are still making empty threats.  What choice do they have?