From where I sit

I'm bemused by the people falling over themselves to praise this Bernie Sanders ad.  Someone on NPR (Diane Rehm show?  I think so) mentioned as politely as possible how it would not be shown outside New Hampshire and Iowa.  Now that I've seen it, I know why.

I could throw a rock out my window and hit someone who could watch that ad and not see anyone in it who looks like them, or anyplace near them that looks like the places shown in that ad.  Not that there's anything wrong with that.  The "Willie Horton" ad wasn't a national buy, either.

But for a guy who knows he needs to appeal to more than white New England voters.....

I mean, he doesn't even get the message of the song right.

I know; I'm being churlish.  Gonna go outside and shout at clouds now..... 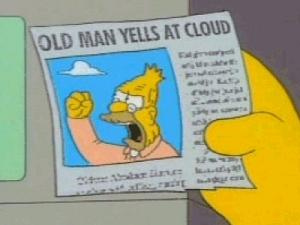 (And when I get to the end, at least at YouTube, I get this message:  "Up Next:  Why African Americans are on FIRE for Bernie Sanders."  Well, okay then.)