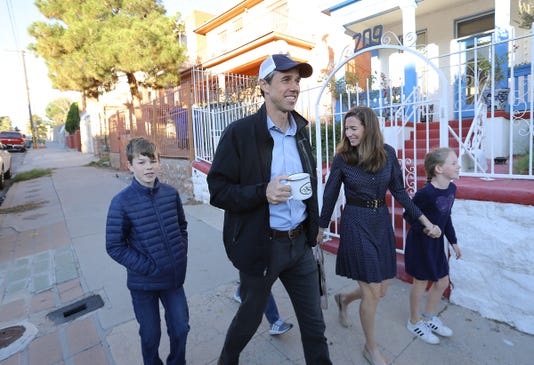 And why don't Trump supporters (i.e., the people who attend his rallies) care about what Trump says, v. reality?  Rick Wilson says it's "magical thinking."  Actually it's just a response to a complex world they aren't in charge of.  In point of fact, it's a matter of faith; where you understand "faith" not as "believin' what you know ain't so," but simply as a question of trust.  Trump supporters, almost by definition, don't trust CNN, so if CNN reports one thing and Trump says another, they believe (trust) Trump.  And why do they adhere so closely to Trump, even to accepting whatever he says as gospel?

Racism.  But don't take my word for it:

In December 2007, racial resentment — which captures whether Americans think deficiencies in black culture are the main reason for racial inequality — was not related to whites’ perceptions of whether the economy was getting better or worse, after accounting for partisanship and ideology. But when these exact same people were re-interviewed in July 2012, racial resentment was a powerful predictor of economic perceptions: the greater someone’s level of racial resentment, the worse they believed the economy was doing.

Trump destroyed the rest of the Republican field among primary voters who were angry about immigration. He did 40 points better among Republican voters with the most negative views of immigration than among those with the most positive views. Trump’s success, in other words, was that he ran an issue-based candidacy on an issue where he was closer to the Republican base than the other candidates were.


And that base? Racist. Really old fashioned "This Country Was Meant For Whites" racist.  They trust what they know; and what they know is, the country is supposed to belong to them (you may be young enough to think the '60's were long ago, but we're further away from WWI and we're still not over the effects of that event.  Hell, we're not over the Civil War yet.)

This explains why NPR keeps running a clip of Ted Cruz telling voters "liberals" want to take away their freedom, and their jobs, and...well, something else just as ludicrous.  To my ear it underlines what a poor campaigned Cruz is.  He rode into office on the Tea Party wave, not on his skills as a vote getter.  O'Rourke has inspired people to register this year and vote, and inspired the youth vote to jump by over 500% in Texas.  Cruz?  Cruz is telling "60 Minutes" that there are more conservatives (i.e., good people) than liberals ("bad people") in Texas, and that's why he'll win.  He's that dim and that blinkered; and he still thinks he's the smartest guy in the room.  Not even when the room is empty is that true.  The GOP has been the party of Texas government for over 25 years, and yet it's only campaign slogan seems to be:  "The Liberals are coming!  The Liberals are coming!!!!"  In the competitive races, that's not a whole lot of encouragement for people who aren't your base.  One more reason record voter turnout is a good sign for the party not in power.