In (partial) praise of "Bob Wahr"

Yeah, I supposed barbed wire is all that (or "bob wahr," as we say in Texas*), but this article is clearly written by a person who never had to put up a fence for livestock.  And the stuff used for livestock is not concertina wire or bearing razor sharp points; why would you want to injure your livestock?  I've seen cows nearly push a barbed wire fence over, oblivious as they are to the barbs (why do you think boots are made of cowhide?).  The serious barbed wire fence is a construct of 4x4 posts included in a pattern of regular round posts, with a separate twist of heavy wire run vertically through the strands of wire at regular intervals between the round posts to make the fence strong enough to keep the cows from pushing it down. It's not the wire that keeps them in; not modern barbed wire, anyway.  Most people can't afford that much material, though, and the fence posts are as likely to be thick branches as milled posts, with heavy 4x4's reserved for the anchoring corners.

Horses are a bit more sensible to the barbs, so you don't use the stuff around corrals or in stalls, where the more expensive (and labor intensive) choice of wood makes fences.  What I'm getting at is that barbed wire is strong (heavy enough to hold the barbs in place, and a twisted strand of two wires for that purpose) and cheap and easy to install.  You need:  a post-hole digger (never saw anyone do it with just a shovel), posts, tacks (u-shaped to hold the wire), a hammer, gloves (of course), and coils of wire.  Most of the fences I ever saw or repaired just drove the fence posts into deep enough holes (and narrow enough, hence the use of a post-hole digger) to hold the post firmly (no concrete involved, IOW).  Wire is then pulled as taut as possible, nailed into place, and you move on.  You can fence in quite a lot of acreage in quite a short time with a minimum of material.  Whatever barbed wire might have meant to the open range in the 19th century, or mean to those determined to imprison their fellow man (or keep him out, depending), to most people who even keep a horse in a pasture, it just means a simple, effective, and affordable means of keeping your livestock from wandering into someone else's property (or the open road).  Especially in the extreme weathers of Texas (hot, cold, rain, dry) which tend to destroy wooden fences rapidly, barbed wire rusts, but seldom decays (usually the tacks go first, or occasionally the fence posts).  And the wooden slats of a wood fence take several nails at either end; a string of wire takes one tack per strand on each post.  These simple economies can be very important.

*I don't speak a lot of Texan without being intentional about it, but I only pronounce "barbed wire" in one way, and it ain't BBC RP). 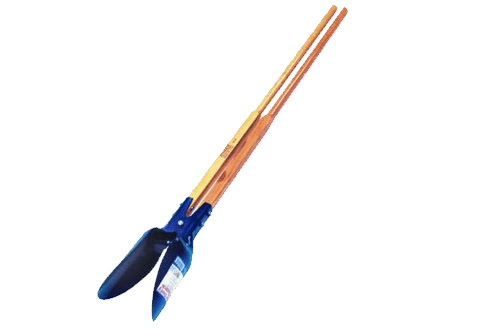