The Spheres Are in Commotion 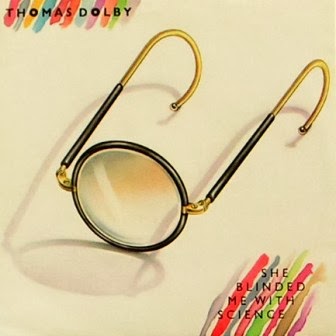 Not to be anti-scientific, but:

“Once science has been established, once a scientific truth emerges from a consensus of experiments and observations, it is the way of the world,” [Neil deGrasse] Tyson told Colbert. “What I’m saying is, when different experiments give you the same result, it is no longer subject to your opinion. That’s the good thing about science: It’s true whether or not you believe in it. That’s why it works.”


In other words, science is the one true religion now.

Actually, that isn't (necessarily) what Tyson is saying here, but it is how his statement is being taken:  that science is about "truth," while "religion" is about "faith," which means believing what you know ain't so.  (and listen to part two, and Colbert's response to Tyson's assertion that "the idea of the multiverse is cool."  Colbert:  "So is the idea of the Force.") (UPDATE:  Yeah, I didn't think that's what he meant.)

No wonder so many otherwise intelligent people are so confused about ethics.  Because, frankly, what Tyson says here about science could be equally said about torture.  Whether you believe in it or not, its proponents insist, it works.

Some say that about religion, even.  Which one is right?  And why?  Depends, first, on what is being declared as "working."  Medicine "works," except in the field of psychiatry, where everything does something, but nothing cures like an antibiotic (the true foundation of modern medicine).  Even then, it works so long as we don't abuse it.  Super bugs, anyone?   (And, of course, what science has established is absolutely, undeniably true, and what science has established as probably true, is not just a matter of the definition of "true," but of what little has been declared undeniable, and what how much is still a matter of Hume's synthetic statements (v. analytical).  In other words, as Hume pointed out, analytical statements are unremarkable ("This stone is heavy") and synthetic statements are unprovable opinions.)

Which leaves us with science not really telling us much about anything except how to make technology that runs on fossil fuels or leaves behind heavy metals and waste products that poison others, or generally costs a great deal which we are still expertly shifting onto others (how many of us live near the waste dumps of our computer products alone, or among the refineries of the Texas Gulf Coast, where cancer rates are higher than anywhere else in the state?  But who cares as we drive our cars and use our plastics with such abandon we through them away after one use?  We treat our citizens the same way....).

Again, not to disparage science per se but as Auden said in another context, torture works, too.  That doesn't make it an unalloyed good.   Torture, of course, is an evil; science, per se, is not.  But if the fact that science "works" is its best feature, then it doesn't have many good features at all.  Or that we certainly need more than science.