A Time for All Reasons 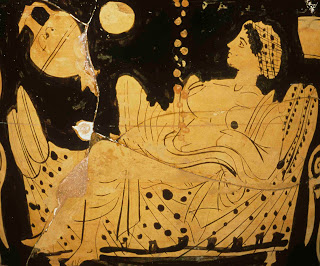 I've mentioned before the essay I once taught, an essay about how we define "rape."  It gave no answer, but gave examples of rape from the "stranger in the bushes" assault everyone would immediately agree was non-consensual sexual intercourse, to the college students who got drunk, slept together, and later she "withdrew" her consent and he was denounced on the campus (although never charged legally) as a "rapist."

That latter example was meant to be extreme, a situation almost at the opposite end of the spectrum from the stranger in the bushes.  Per this article by Emily Yoffe at Slate, it is that latter example that is threatening to become the norm.

Granted that's a tricky thing to say, given that the article carefully details why most college campus rape studies don't lead to the conclusion rape at college is now epidemic and every woman there faces a 1 in 5 chance of being raped.  Still, she cites two cases, in detail, where women sleep with men and later, often much, much later, decide the encounter was non-consensual and that, in fact, they were raped.  It's not an allegation that will stand up in court (for one thing the physical evidence of a sexual encounter is long gone; for another, good luck convincing a jury that you were a drunk college girl and not in the least responsible for taking your clothes off and only deciding days later it wasn't such a good idea).  But it is an allegation that ruins the lives of college students, especially the alleged rapists, who often find they have to leave school and can't enroll anywhere else, because the allegation follows them and no college wants to deal with that again.

And given the lawsuits colleges can face, from both the alleged victims and the alleged rapists, who can blame the colleges?

This seems to be the curious result of the idea all persons should have sexual freedom when they get to college.  One of the stories Ms. Yoffe details involves a co-ed dorm, a concept absolutely alien to campus life when I was in college in the 70's, and alien precisely because the colleges then acted in loco parentis, and kept boys from having free and easy access to girls (well, in some dorms, and of course only somewhat).  Now the colleges have to protect the sensibilities of women:  the alleged rapist in one story has to leave his dorm, and in fact is accused of "retaliatory behavior" because he is seen, later, near the dorm (where the alleged victim still resides).  Any sex that occurs on college campuses is apparently subject to endless review and reconsideration, and anyone who sleeps with someone is entitled to decide it was non-consensual anytime later, although of course only women are entitled to make this claim.  Men, apparently, are incapable of having regrets; women are incapable of deciding when they should have sex.

That's the upshot, anyway.  A man who decides he didn't really consent to sleep with a friend is either a wimp (you want to be the guy telling all your male friends you shouldn't have slept with someone when you had the chance?), or a liar (in one case Yoffe details a professor who becomes involved in the investigation of the event considers "disingenuous" the efforts of the man to express regrets that he slept with a friend and took her virginity).  Women are free to have sex whenever and wherever they want to ("Slut shaming" is the worst thing you can do to a woman), but also free to decide all sex is rape and all consent is revokable retroactively without limit.

Interestingly, part of this problem is attributed to the Department of Education, which under Title IX has insisted schools use a "preponderance of the evidence" standard, rather than the stricter (and once more common) "clear and convincing evidence" standard (both still lower than the criminal standard of "beyond a reasonable doubt"), and argued this is still a safe standard because no college student investigated under the lower standard faces imprisonment, so no real harm is done.  Of course, that's the favored argument of those who say we should convict alleged rapists of heinous crimes in the press and on the internet:  it's not like we can throw them in jail, after all.

But we can make sure college students never get to go to college.  Justice!

No; punishment.  Which is the other side of this article, and a trickier one still to discuss.  One of the cases Yoffe investigates and discusses in detail involves not only a denial of due process, but a denial of any process at all.  It calls to mind my experience representing people in a setting where there is no legal process:  it's an experience akin to Alice's in the court of the Queen.  It also calls to mind the famous speech of Thomas More from "A Man for All Seasons," the one about giving even the devil his due, because if you destroy all the laws of the land in order to get to the devil, and then the devil turns on you, where is the law to protect you?

One of the consequences of the "free love" movement is, indeed, that we don't know what we're doing anymore.  As I said before, we need to be able to draw a line on this question of consent, otherwise all sex is rape, or only "forcible sex" is rape.

And then we're down to arguing about how much force was used.....