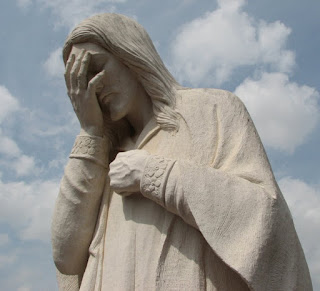 Louie Gohmert is both a Biblical and Constitutional scholar:

“It is a tragic and ominous day for the United States when a decision by five unelected justices of the U.S. Supreme Court blatantly violates the law in order to destroy the foundational building block for society provided by Nature and Nature’s God – that was stated as divine law by Moses and Jesus. Our nation has been blessed with liberty, opportunity, power, and individual prosperity beyond any other nation in history. Both Moses and Jesus stated that it was God’s law that ‘a man will leave his father and mother and a woman will leave her home and the two will come together as one.’ That defined marriage. Jesus even added that the defined marriage that God brought together should not be divided by anyone. The Supreme Court ruling is heartbreaking for the turmoil it will mean for our nation’s future.

I'm not sure, but I think he just said that county clerks shouldn't be forced to issue marriage licenses to people who have been divorced.  Or maybe he wants to repeal Texas' divorce laws.  It's a little vague.  And I'm quite sure the divine law of Moses forbade the eating of cheeseburgers or milk shakes with hamburgers, and certainly no one should be eating shrimp po'boys or shrimp creole or crab cakes.  I'm not sure why those things haven't already meant turmoil for our nation, but then, I'm not the Biblical or Constitutional scholar Rep. Gohmert is.

The U.S. Constitution gives neither Congress nor federal Courts any authority over marriage.


Except in the 14 cases since 1888 to 2003 where the Court has ruled on marriage, that is.  Including this bit from Lawrence v. Texas:

[O]ur laws and tradition afford constitutional protection to personal decisions relating to marriage, procreation, contraception, family relationships, and education. … Persons in a homosexual relationship may seek autonomy for these purposes, just as heterosexual persons do.”

After that, the Congressman's statement just gets weird.....