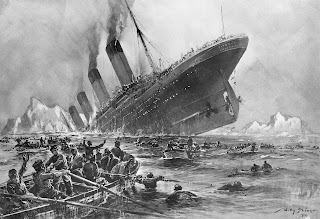 It's too complicated to go into at Salon (comments ain't blogs!) but the favorite assault (among many) on Hillary Clinton there is that she is appealing to Republicans and, even worse, she once said nice, polite words about Henry the K (rather than spitting on the ground every time his name gets mentioned, which all right-thinking progressives know is the only appropriate response).

So Charlie Pierce notes the irony of the NYT taking solace in the words of Glenn Greenwald.  Which ought to mean something, but really just means the NYT really is the place where journalism when to die.

Jeff Gerth to Judith Miller to the present, which includes the "criminal investigation" of Hillary's e-mails that never was, as well as the Case of the Duplicitous Diplomatic Passports, and just today, the suspiciously missing mention of Donald Trump's praise of Vladimir Putin (well, at least the President thought it was funny).

Yup, it's definitely the case that there is an "unrelenting pundit-led effort to delegitimize all negative reporting about Hillary Clinton" and that "Trump's extremism does not entitle Clinton to waltz into power without serious scrutiny."  Which is, apparently, why the NYT is unrelenting in its efforts to negatively report on everything about Hillary Clinton it can.

Still waiting, however, for the serious scrutiny of Trump's donations to Pam Bondi and Greg Abbott, and the coincidence of state investigations into Trump U. going away in those states (FL and TX).  You know, just for starters.  Especially since Matt Lauer spent 15 minutes in the C-in-C forum last night asking Hillary about e-mail, and how many minutes asking Trump about campaign donations?  Maybe even the fact the IRS levied a fine for how he made that donation?