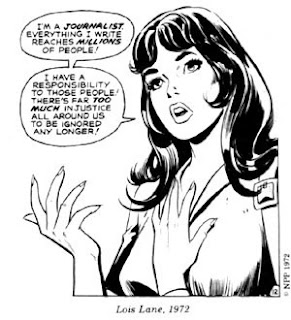 And we wonder why the American public gets sick of this circus long before the second Tuesday of November every 4 years, and why they refuse to give this oh so important! topic the searing, laser-like attention we say it deserves?

Yeah, you could say Krugman started it, although he conveniently overlooked the NYT's long history of Clinton Derangement Syndrome, capped most recently by its concern for the issuance of diplomatic passports sought by Bill Clinton so he could take two people to North Korea to help him retrieve two journalists held by the insane government there (hmmm.....why would you want to travel to North Korea on a diplomatic passport on a mission of mercy to wrest two people from the clutches of the government there?  Perfidy?  or Charity?  Notice how the two words end in "y"? Coincidence?  I think not, says the Old Gray Lady!  The game's afoot!).  But then Glenn Greenwald had to offer his $.02 worth, to reassure us he isn't a dried up old has-been since he came to America and nobody found him interesting enough to even detain at the airport for 10 minutes.  And somebody want to ask him about those "tens of thousands" of documents he had from Snowden?  The ones he was gonna release, like Julian Assange was/is gonna do against Hillary?  It must be hard, losing the limelight like that.

In the fine tradition of internet-based rants everywhere, whenever anyone anywhere publishes an opinion you disagree with, it is a sign of the imminent collapse of Western Civilization and another victory for the barbarians and a sign of "The Unrelenting Pundit-Led Effort to Delegitimize All Negative Reporting about Hillary Clinton."  No, really, that's what Greenwald said; or at least that's the headline his rant was posted under.  Evil has won, the barbarians have breached the walls, we're done for, we're done for!

All because Paul Krugman wrote a column criticizing the press coverage of Hillary Clinton and pointing out the continuing presence of Clinton Derangement Syndrome.  This, of course, is the real evil.  (This response, of course, requires mocking Krugman and siding with Zaid Jilani, a "colleague" (Greenwald's word) who is described as a journalist who writes for, among other on-line outlets, The Intercept.  Small world; although it raises the question again:  is Glenn Greenwald a journalist?  And does it matter?  Oh, let's not go there; like Camelot, it's much too silly.  Besides, it turned out it didn't matter; he wasn't important enough to detain when he bravely came to America to accept a minor award.  Brave, brave Sir Greenwald.)

Honestly, this is so far inside baseball it's under the stitches.  Krugman is right, but who really cares?  The reputation of Hillary Clinton is set in stone:  everybody knows it's true because everybody knows it's true.  And yet don't point out how it probably isn't true (unless you are Charlie Pierce, whom apparently Mr. Greenwald never reads; although I like to think that, because he's solely on-line too, Greenwald knows Pierce would rip him a new one, in style)* because then you will have upset the balance of the universe and given somebody somewhere who is anxious to be relevant again, if only for five minutes (is it up to 15 in total, yet?) a reason to rant.

Because, really, isn't that what the internet is for?

*I only wonder why Greenwald didn't tag Hillary with the Iran "ransom."  That would have been fun.  Because, you know, the only reason to object to such coverage is to cover for Hillary.  What a Manichean world they do live in.