The Virtue of Christian Humility 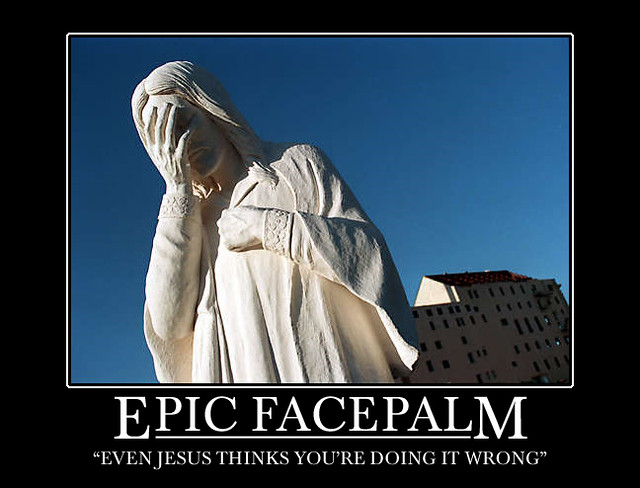 I get this is supposed to sound "positive" and "upbeat," and that it even steals a chapter (if not the whole book) from Norman Vincent Peale (the guy who taught Trump what church is; a little cracker, a little wine, and 2 Corinthians), but then, I don't consider Norman Vincent Peale much of a model of Christian humility either:

God is using the coronavirus pandemic as a time to “prune the Church and cut off branches that aren't bearing fruit,” ultimately allowing the Body of Christ to become more “fruitful,” according to popular speaker and author Francis Chan.


The issue Chan is addressing is not fealty to a certain theology (well, he is, they always are), but rather, the problem of church attendance and church financial support.

“I hear a lot of talk of people being concerned about whether their church is going to survive,” Chan, speaking via livestream, told host Gabe Lyons. “The illustration I think of is, if I had a diamond right here, and I just smash it with a hammer, what would happen to that diamond? Nothing. If it's a real diamond, if it shatters, it wasn't real.”

He pointed out that in Matthew 16:18, Jesus says, “I will build my church, and the gates of Hades will not overcome it.”

“This is going to be a group that the gates of Hell can't stand against,” Chan explained. “No virus, no government, no economic this or that, life, death, nothing. And so we as believers are supposed to trust the words of Jesus and go, ‘The Church is going to be fine. If anything, this is the time where God is going to prune the Church and cut off branches that aren't bearing fruit, but it's only going to become more fruitful.’”


Those are, frankly, just placid homilies and dry cliches, of no more use to pastors concerned with the life of their church, both fiscal and spiritual, than the cliche:  "Cheer up, things could be worse!"  Or, the dreadful Christian equivalent:  "God will provide!"  Except that what God may provide is an opportunity to seek employment elsewhere, and the dissolution of a congregation that can't keep the lights on any longer.  Pastors gotta get paid like everybody else, but they aren't getting anything from the PPA.

“And so with that type of confidence, we have to move forward and go, what's the worst thing that happened to me? I die and receive the award I’ve been ... longing for my whole life. We can be fearless.”


Yeah, I'm a pastor whose church has run out of money, I'll just tell the grocery store I'm gonna go home and die because that's what God wants.  Overlooking one of the key statements of Jesus of Nazareth:  "God is the god of the living."  When Micah asked "What does the Lord require of you?," starving to death to prove your church is still faithful to God is not in the litany of the answer.

And if you were wondering about the theology:

“Jesus promised that there would be this Church that would rise, and He told us that in the latter days, there would be the signs and wonders and that that this Church really would be that unified and that in love with one another,” Chan said. “And we all know that what we've had for the last couple of decades, at least in the U.S., is a far cry from what we read in the Scripture.”

COVID-19, he said, gives Christians an opportunity to live out God’s vision for a unified church.

“God knew this day was coming. And here it is,” he said. “And so let's move forward. And trust the change.”

Yup, that's it:  God wants us all to think like Francis Chan, and be united with his vision, and no other.  He even advocates a return to house churches!  (Remind me to tell you the story of my seminary professor who started a house church in the latter years of the last century.  It lasted a year or so.)  And what's the problem he's ostensibly addressing?

Statistics from a recent Barna Group survey found that six to nine percent of pastors are unsure or not confident that their church will survive the coronavirus pandemic. Forty-two percent of pastors said giving was "significantly" down and 28 percent said it was "slightly" down. Only around a quarter said it stayed the same.

Now, if you have no sympathy for the plight of these pastors, I have no time for you.  I'm not asking for your crocodile tears, anyway.  I'm saying this is a real problem of a real institution which has a real purpose in American society.  But I'm not saying that problem need be your concern, nor that it should be "bailed out" like Wall Street and giant chain restaurants (who say they're returning the money, but then Donald Trump says he's invoking the DPA, and that hasn't happened yet, but who notices that he invokes it over and over again, without anything changing?).  I'm calling Chan on his callous indifference to reality, a callous indifference that allows him to ignore problems in favor of providing platitudes.  It's the literal antithesis of pastoral ministry.  And there's the rub:  Chan is not and has never been a pastoral minister.

Not from what I know about from this article, anyway.  He's a former "teaching minister," whatever that means; but I'll stop to emphasize the "former."  Practicing pastors, the good ones anyway, learn early on that platitudes and certainties don't square up with reality all that well.  I met with a woman I barely knew in an ER because her husband attended my church and she had brought him to the ER with what turned out to be a fatal heart attack. While I was there the doctor came in and advised removing life support, and she turned to me and asked:  "What do I do?"  Was I going to offer her a platitude about God and life and maybe throw in the 23rd Psalm?  Only if I was a complete dumbass.

Another time, earlier than that, actually, I was asked to do a funeral for an infant, because the family had no church.  I met the mother at the funeral home and she demanded I explain why God had taken her child.  Didn't God do everything for a reason?  Wasn't there a purpose?  What kind of purpose was this?  First, I don't think everything happens as a result of God's direct intervention, nor do I think every moment of our lives has a purpose.  Otherwise we are just pawns in some inscrutable (and cruel) cosmic game.  But would I offer her a platitude or two about the sparrows and maybe throw in "Jesus loves the little children"?

So I have no use for these non-pastor pastors who want to tell me or my brothers in cloth how best to operate our churches, or even how to think about them in the most meta-sense.  Chan doesn't offer practical advice at all, according to this article.  All he offers are grand ideas and stupid nostrums like "Start house churches!"  Fine advice if your pastor has a full-time job, and can devote weekends to reading scripture in someone's living room.  But most of the pastors he's addressing care about their congregations and about being able to buy groceries and clothe their families, and maybe put enough by for retirement.   They aren't RC priests whom the church will take care of in perpetuity (for better or worse); they are journeymen, well aware that the laborer is worthy of his hire, but also concerned they may be giving their labor away for a mess of pottage.

There is a harsh practicality to ministry that is not served by "great ideas" which are grounded in salesmanship and speaking fees and absolutely no responsibility to anyone but your own pocket book.  But the worst part about Chan's argument is the utter lack of humility.  Even the Biblical prophets, who earned their right to call Israel to account or to tell them what they should be doing, were humble men.  Amos was a dresser of sycamore trees; Jeremiah wept for the people of Israel, Ezekiel was forced into visions and pronouncements; they all know they spoke for the Creator, but they all knew they were not raised above all of Israel with that privilege; they took it as a responsibility.  Chan takes it as an opportunity to  preach the ecclesiology according to Chan, because certainly what he wants is what God wants!  True humility would be to sympathize with the problems of those pastors, and try to help them; not to tell them that if they can't survive the crisis, it's because God is proving they are glass, not diamonds.  True Christian humility would be to preach hope and trust in God; not judgment and punishment and "So long, suckers!"

I really hate this stuff that masquerades as God's intention, much less as God's word.  Coronavirus is not sent by God anymore than the Spanish flu was sent in 1918, or the Plague or the Black Death or smallpox to the natives of this country.  Perhaps it was the result of our indifference to God's wisdom, but that's not a punishment of God, that's the consequences of our actions.  If the United States has fallen from it's position of world leadership because of Donald Trump, it is a fall we, the people of the United States of America, are responsible for.  The conditions of this plague can be blamed on many causes, but all of those causes come back to us.  No one else will solve it for us, no one else did it to us, even we aren't fully responsible for it.  But we are responsible for helping each other, not with plans for revolution and a new world in our image, but with caring for each other and helping each other.

What more does the Lord require of you?