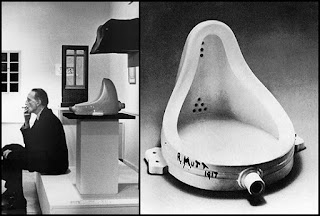 I wasn't going to write about this, even though it's getting national attention, but this is a pretty good introduction to the issue, and a good place to start.

To begin with, I didn't know what about Annise Parker.  I just knew she was a good mayor who would probably get re-elected if not for strict term limits (a dumb idea, but that's another day).  Montrose is still the "gay" neighborhood of Houston, but more as a tradition than a necessity, and if Houston weren't so gerrymandered on the state and federal level, we'd send a great deal more Democrats to Austin and D.C. than we do now.

As for HERO (Houston Equal Rights Ordinance), it's had a checkered career.  This is the ordinance that the City Council passed that was challenged with petitions which were thrown out, and then there were more petitions and more court cases and even I lost track of how it wound up before the Texas Supreme Court who ruled HERO had to be but on the ballot (or rescinded, or something; who cares anymore?), but the fight at that time was by and large pure old-fashioned hate:  HERO would mean people couldn't discriminate against gays and transgendered, and that was not AMERICAN, where we have to be free to hate somebody!

Lest you think I exaggerate:

It is astounding to have to say that most Houston citizens – including most Christians and pastors – are still unaware of the radical nature of Mayor Annise Parker’s commitment to imposing the full “San Francisco Style” Gay, Lesbian, Bisexual, Transgendered, etc. agenda. … We have a sin-sick city and we need the power of God through Jesus Christ changing lives and changing City Hall!

Yeah.  Well, that kind of language has faded away.  The new argument is all about toilets and who gets to use 'em, because if we pass this ordinance we'll have to take the doors off the bathrooms and remove the stall dividers and put in sound-proofed rooms for predators to take the children.  Well, maybe that last bit goes too far, but again maybe not, if you've seen the "toilet ad" that's running down here.  (UPDATE:  I found it here.  Don't say I never do anything for you.)

Interestingly, the pro-HERO ad I've seen never mentions the acronym "HERO" (apparently that has been banned from this discussion, to avoid or create confusion, I'm not sure).  It focusses on non-discrimination against veterans (?) coming home from service, and women and people because of race or gender or religious belief (the Civil Rights Act language, basically), oh, and of sexual orientation.  Frankly, in a city with a lesbian mayor for two terms, who could win again if she could run, that last is not all that controversial.

And the opponents of HERO know it, so they are running the "toilet" ad, which is worse than you think, complete with ominous narration about what will lurk in Houston restrooms if we let it, and ends with a very young, very doe-eyed white girl, in grainy black and white, staring up off camera as a shadow looms over her, backing her into a corner against tile-covered walls.

Get it?  Pass HERO, and predators will stalk your children in public bathrooms, business will HAVE TO ALLOW THIS!  Never mind sexual predation is a violation of state criminal law, and people entering bathrooms with the intent of preying on women and children (always the "weak", right?) are already subject to arrest, and most of us spend as little time in public bathrooms as possible (except those at Buc-ees, which are so clean and bright and welcoming they are a religious experience; but also so open you couldn't drag anybody into any stall without twelve people knowing about it, including at least two store employees.  I mean those restrooms are NEVER empty!  But I digress.....).  No longer is the argument about the religious freedom to condemn gays (Obergefell pretty much marked paid to that argument, and Kim Davis did it no favors on her way out of the public eye), now they've latched on to sexual predators and restrooms where you go because you have to and where it's not private anyway because it's PUBLIC!  O the shame!  O the humanities!  To expose your nether regions in a place that is not your own!

Here's hoping, and expecting, it passes.  The toilet ad is really pretty heavy-handed, I expect it to backfire.  Besides, the only "man" you'll find in a woman's bathroom would be Caitlyn Jenner or someone like her, and I don't expect Caitlyn to walk in looking for a urinal on the wall, do you?

This just really is stupid.

Tedious update the second:  there are over 1 million registered voters in the city of Houston.  Interviewing 24 of them and deciding from that you know the status of this issue in the minds of Houston voters, is a whole different kind of dumb.