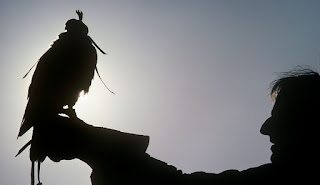 The problem with apothegms is that they can be used for so many purposes.  Take Gramsci's famous observation, for example:

The crisis consists precisely in the fact that the old is dying and the new cannot be born; in this interregnum a great variety of morbid symptoms appear.


It sounds clever and insightful, but that is precisely because it is vague and amorphous.  What is this "crisis"?  One in which a Second Coming is at hand?  Or simply the kairos of the moment, the apparent crisis at hand?  For example:  every story of a mass shooting is a crisis of murder which provokes a crisis of ignorance:  who did it?  why?  what was their motive?  why did they do it?  what drove them to mass murder?  why did they shoot up the school/post office/military base/clinic?

Of course, all of those questions are the same question:  what was the motive?  And we are determined to know that.  We are determined to have a narrative, to have an answer, to end the mystery and detail not only what happened, but all the reasons why it happened.  The crisis of blood always provokes a crisis of ignorance which always creates an interregnum between act and information, in which a great variety of morbid symptoms appear.

And so is Robert Dear a madman, a "gentle loner," an "itinerant loner," a man deranged by right-wing propaganda, by religion, by Christianity, by voices in his head?  As of this writing we still don't know, but that we will argue over which narrative is the "correct" narrative is a given.

According to a profile that ran this weekend in the New York Times, Robert Lewis Dear was “gentle loner who occasionally unleashed violent acts towards neighbors and women he knew.” This is the same Robert Lewis Dear who shot nine people at a Planned Parenthood in Colorado, killing three, including a police officer, and wounding six.


Predictably there was outrage on Twitter (what other response is there on Twitter?).  And the NYT rewrote the story three times:

Hastily, the New York Times removed “gentle” and briefly let the rest of the copy stand. However, there is now a third version online. In it, Dear has become an “itinerant loner who left behind a trail of disputes and occasionally violent acts toward neighbors and women he knew.” In a tweet to Salon columnist Jack Mirkinson, the New York Time’s “Express Team” Senior editor Patrick LaForge observed, by way of acknowledgement that mistakes were made: “It’s hard work covering these.”

"Gentle" is not an acceptable description of a man who killed people in cold blood, although he may have been gentle once, and is homicidal now.  Perhaps his neighbors remembered him that way; but their reminiscences are not allowed now.  So now he is "itinerant," with all the negative connotations of someone who doesn't stay put (unless you are rich enough, like Mitt Romney, to afford several houses and live in them throughout the year.  Only then are you not "itinerant."  Celebrities who split their time between countries aren't "itinerant," either.  No, we know what "itinerant" means, and it's never good.)  And now the stories of violence outweigh the stories of gentleness.  Which history, however, is true?

Well, obviously the one we approve of.

What does this do to explain what Mr. Dear did and why he did it?  Nothing at all.  Earlier today Salon breathlessly announced "Now We Have the Motive:  All Evidence Suggests Planned Parenthood Attack was an act of Domestic Terrorism."  First, I'll accept that this act should be regarded as terrorism (I don't know what makes it "domestic," as if it were more civil because the perpetrator was a citizen.).  But what motive did the article describe?  It didn't.  What evidence did it rest on?  Nothing more than we know as of this writing, which is largely:  nothing.

Nature abhors a vacuum, and society abhors an interregnum.  In it a great variety of morbid symptoms appear; and it says more about our rush to judgment and our need to fit events into a narrative, a mold, and ideology, than it does about the acts themselves.  We stand exposed again, and we rush to cover ourselves, to make our narrative cohere, to make the world make sense along the lines we have set for it.  We don't need to decide Dear is a man inspired by propaganda, or religious fervor, or even that this proves there is a "human impulse to live beyond the law."  Not until we first face the fact that this is the kind of act human beings are capable of.  That is a substantive truth that both religion and science can agree on.

Rene Girard would set this problem in an Augustinian way:  a sign of something we lack and long desperately for and try to plunder from others, hungry and blind in our need.  I'm never comfortable with the unfilled hole metaphor, but certainly the boundaries of our identity are set by others and not by us alone.  So perhaps the truth is somewhere between these two not so disparate views, and the hole blown open by violence is the one we need to fill lest our limitations and our vulnerabilities be implicated.

We have to, in other words, make sure Robert Dear is in no way one of us; and equally be sure we can label him as one of them.  Because the old is dying, and the new cannot be born.

Or maybe we are just impatient for this mystery story to conclude, so we can set it aside and move on to the next coming crisis.  I mean, after all, it's been 72 hours, time to wrap this one up!

We want to open [sic] to the possibility that authorities are simply being cautious and methodical. The shooting happened Friday. It's now Monday morning. But local authorities do seem quite agnostic on the motivations in the fact of what seems fairly probative evidence. And remember - pointing in either direction - they also certainly have much more information than we do.