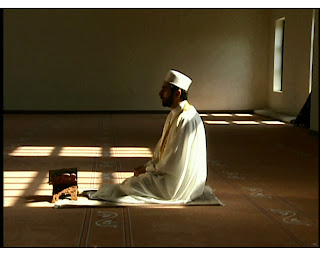 When Ted Cruz says again, as he will, that Christian refugees from Syria are safe, while Muslim refugees are a clear and present danger, think about this:

The Islamic State has behaved very much as a sectarian movement, a jingoistic Sunni-Arab organization with little patience for those outside the rigid boundaries of their identity group. As a result, non-Sunnis, particularly the Shi‘i Arabs of Iraq, have borne the brunt of ISIS persecution. Not unlike the Hutu militias during the Rwandan genocide, ISIS set up checkpoints in Iraq when it re-entered the country in 2014. Drivers were asked to step out of their cars and pray; those who prostrated like the Shi‘a were summarily executed.

And the people who know that history, what do they hear when Ted Cruz or Jeb Bush spouts off about Christians being admitted to the U.S., and Muslims being refused?

"And when you pray, do not act like phonies.  They love to stand up and pray in houses of worship and on street corners so they can show off in public.  I swear to you, their prayers have been answered!  When you pray, go into a room by yourself and shut the door behind you.  Then pray to your Father, the hidden one.  And your Father with his eye for the hidden will applaud you." --Matthew 6: 5-6, SV

Adding:  or we could go with Stephen Colbert's test:

“If you want to know if somebody’s a Christian just ask them to complete this sentence,” Colbert said pulling out his Catechism card. “‘Jesus said I was hungry and you gave me something to eat. I was thirsty and you gave me something to drink. I was a stranger and you….’ And if they don’t say ‘welcomed me in’ then they are either a terrorist or they’re running for president.”