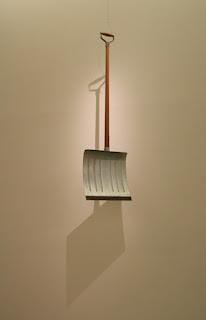 The post-mortem no one is asking for.

Yes, the defeat of HERO yesterday shows that Houston is not as progressive as Houston likes to think it is.  Every other major city in Texas, including Dallas, former home of some of the sleaziest of the TV evangelists of the '70's and '80's (my, how times change), Austin (quelle surprise), San Antonio, even, IIRC, El Paso.  The major impetus for this ordinance (aside from the fact homosexuals and transgendered are not a protected class under the Civil Rights Act, but should be; nor under Texas law (again....)), was that Houston shouldn't be left hanging out on an issue like this.

Now, if it affects the NFL's decision to hold the Super Bowl here again (set for 2017), things could get interesting.  But that's no more than rank speculation at the moment.

So we turned it down, and I sincerely hoped the more progressive voters in Houston would turn out to support this thing.  Well, they did; the turn out was higher than usual for an off year election with a trove of mayoral candidates (a baker's dozen, or so) and a slew of county bonds to vote for (all passed), city ordinances to approve, and state constitutional amendments to pass (they did, including one which will lower everyone's property tax bill by about $8 a month.  You are now free to buy those two extra lattes at Starbucks every month, and you can thank your house for it.  How that affects schools, which raise taxes from property values to pay for teachers and buildings; well, don't worry about that right now.  Enjoy your latte.  I'm sure a teacher would; if they could afford Starbucks on their salary.).  Then again, only 12% of registered voters in Houston actually voted on this ordinance.  So is this who Houston is?  Or are we the silent and apathetic majority?

Still, the main reason the law failed, or the opposition won, is because the issue was turned into a matter of public toilets.

Yes, this is an old trope.  Yes, it is ironic, too; considering that today the victory cry is that bathrooms and locker rooms are now safe from invasion.  Ironic because the DOJ is pressing an Illinois school district to give full access to the girl's locker room to a transgendered student.  If something like that comes up in Houston, watch for exploding heads.

Houston bathrooms are no safer or more dangerous now than they were yesterday at this time.  If you attack someone in a restroom, you deserve to be arrested.  If a man wanders into the women's restroom, he deserves to be (at least) escorted back out again.  But now we are apparently safe from transgender predators, because that's what the "anti" campaign was all about.  And the "pro" campaign needs to carry much of the blame for that.

The "pro campaign" was an anodyne production featuring relying on an ad containing mostly white people and a few Hispanics (and probably one black, what we would have called a "token" back in the day), so as to offend as few white Houston voters as possible.  This is the most ethnically diverse city in the country (per the Census Bureau), but we don't yet self-identify that way, so don't put it in our face; that, at least, seemed to be the reasoning.  And rather than point and laugh at the bathroom campaign and say publicly and loudly "ARE YOU SERIOUS?  ARE YOU KIDDING ME? ARE YOU CRAZY?  HELL, NO, WE'RE NOT GONNA LET SOMETHING LIKE THAT HAPPEN!  THAT'S INSANE!", with a big ol' Molly Ivins-style grin on your face, we had an ad that appealed to equality for all, without ever explicitly saying "including homosexuals and the transgendered."

Yes, I'd hoped this would go the other way.  But the old lesson is still the only lesson:  people will not vote for unless you give 'em a damned good reason to.  It's easier to vote against, or better, just don't vote at all.  The vote against is always motivated.  The vote for needs just as much reason, even stronger reasons, to be motivated.  I suspect the majority of Houstonians support equal treatment for everybody; but when you start talking about extending that, it first sounds like somebody's gonna get something you don't get, and how unfair is that?  So if you want to extend rights, you have to make that case, loud and long and as often as possible.  And when you are up against a fear-mongering campaign, the response is not to ignore it and hope it will go away. 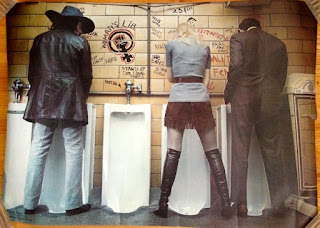 It is, for me, a golden oldie.