Where the sun shines bright 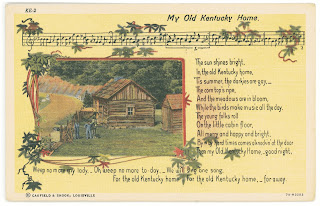 “They can't stop talking about slavery, and largely in a context of, 'Hey, you know what? It isn't settled yet.' And, 'Hey, you know what, we haven't fixed it yet," Limbaugh said. “I mean, that's their starting point, and I think that's a no-win situation for us because we've made great strides.”


You know what?  It isn't settled yet.

"Slaves that worked there were well fed and had decent lodgings provided by the government, which stopped hiring slave labor in 1802. However, the feds did not forbid subcontractors from using slave labor," O'Reilly said. "So, Michelle Obama is essentially correct in citing slaves as builders of the White House, but there were others working as well."

And after work in the evenings they sat around campfires singing "My Old Kentucky Home" like good, happy "darkies" should.