The truth shall set you free 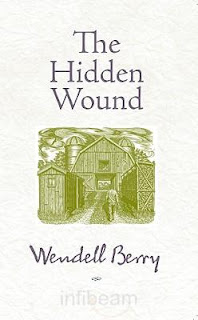 Meanwhile, the big news is that Notorious RBG said unflattering things about a Presidential candidate.

I am beginning to wonder what it's going to take:

There have continued to be protests. There's no reason why there should not be. But every Black Lives Matter leader of any note has spoken clearly denouncing Johnson's atrocity. Indeed, if anything the continuing protests have been tempered calls for an end to violence on all sides. For all the horror, the outrage has spawned moments of bridge-building, unity. So these are combustible times. But they're not the racial end times Trump is describing. Indeed, what Trump said in the passage above is something verging on the notorious "big lie". Micah Johnson didn't inspire any marches. No one is marching on his behalf. Even the truly radical and potentially violent black nationalist fringe groups had apparently shunned him even before the shooting. No one called for a moment of silence on Johnson's behalf or honored him in any way. This is just an up is down straight up lie served up for the purpose of stoking fear, menace and race hate.

These are the words - the big lies rumbling the ground for some sort of apocalyptic race war - of a dangerous authoritarian personality who is either personally deeply imbued with racist rage or cynically uses that animus and race hatred to achieve political ends. In either case, they are the words of a deeply dangerous individual the likes of whom has seldom been so close to achieving executive power in America.


When even JMM sees it (but still he hedges.  I mean, if this kind of language, which he compares to Hitler's incendiary rhetoric, is still just "verging on the ... big lie," when the hell do we hit the "big lie"?), you know it's become perfectly obvious.

Here is a fine example:  in this entire NYT article, best I can tell, the word "racist" appears twice.  Here:

Mr. Trump dismisses those who accuse him of embracing or enabling racism. “I’m the least racist person,” he declared in December in an interview with CNN.


(And I think that's the only place the word "racism" appears) and here:

The original image was later traced by Mic, an online magazine aimed at younger readers, to the politics section of 8chan, a message board ridden with anti-Semitic memes and racist images.


Notice that it never appears in direct connection with Mr. Trump, whose appeal is not to racists, but to "White sensing decline," and what he offers are "words of resistance."

None dare call it racism.  Apparently.

Racism is the hidden wound we dare not name, lest we be implicated in its injury.  (And no, I don't see any evidence Trump is clever enough to be that calculatingly cynical, as JMM avers.  When will we name what is directly before us?)