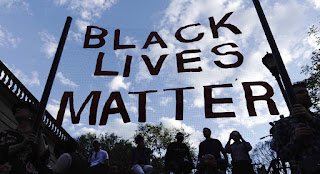 I have family members who were police officers.  I have a very high regard for police officers.  Their job is hard, and it must often seem thankless.  Whenever I have to talk to a police officer I do it respectfully because they deserve respect.  They are accustomed to people challenging them, so I always show I don't challenge them.  It doesn't earn me anything except a more cordial exchange.  I am always treated fairly, and it's in part because I try to be fair to them.  Then again, I'm a white male who looks like a mild-mannered accountant.  I'm well aware of this.

But this idea that police officers have such delicate fee-fees and that the President of the United States needs to treat them like Daley treated his police officers during and after the police riot during the '68 Democratic convention, is crap:

"I’m concerned that police officers across the country — they know you support law enforcement of course — but do they really in their heart feel like you’re doing everything you can to protect their lives?" Patrick asked Obama at the town hall.

Patrick said that after a Wednesday meeting at the White House, Obama said "the tension between the police and between black America is only going to get worse." It appears Patrick was referring to Obama's comments that "we're not even close" to solving issues between police and minorities.

"Words matter, your words matter much more than mine. Everything you say matters," Patrick told Obama. "And I would ask you to consider being careful when there is an incident of not being too quick to condemn the police without due process and until the facts are known."

That is simply a blatantly racist comment, made because the President is black, not because of what the President has said.  Nothing Obama has said about police violence is in the least controversial.  What's controversial is that he's a black man saying it, and he's not being deferential enough to white men like Dan Patrick.  That's old fashioned Texas racism.  I grew up with it; I've been around it longer than Dan Patrick has been alive.  And he's not self-reflective enough to even begin to grasp that.  How do I know?  Because it isn't about Obama's words:

"I have been unequivocal in condemning any rhetoric directed at police officers," Obama said. "So I think, lieutenant governor, you’d have to find any message that did not include a very strong support for law enforcement in all my utterances dating back to Ferguson because I rely on law enforcement to protect me and my family, just like everybody else does. So I appreciate the sentiment. I think it’s already been expressed."

The President offered to send his recent comments to Patrick.

The lieutenant governor jumped in to say, "I know you have. I just want them to know it in their heart."

It's about the fact that he's a black man.  And black men in America are scary; especially when they don't mind their place.  Dan Patrick made it quite clear:  it isn't Obama's words that are the problem.  It's Obama's failure to be properly obsequious to white police officers, and white public office holders like Dan Patrick.

The hidden wound remains hidden; but it still seeps, and remains unhealed.
Posted by Rmj at 11:11 AM