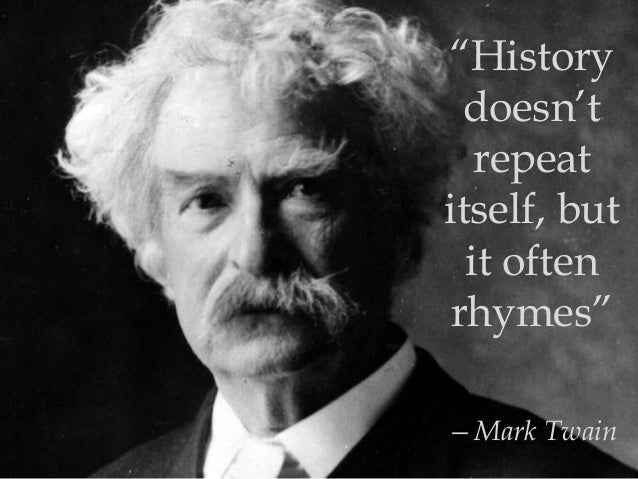 No, he didn't say it, but it's the thought that counts, right?

Stop me if you've heard this one before:

Boethius, the most learned man of his time, met his death in the hangman's noose.  He came from one of the most noble senatorial families of Rome and was a patrician, a consul, and a minister at the court of the Ostrogoth King Theodoric in Ravenna.  Nevertheless, he fell victim to this same barbarian ruler; neither Theodoric himself nor his realm was to survive for long following the demise of his minister.  Contemporary commentators believed that this tyrant had descended to the bowels of Mount Etna, into Hell itself, when he would occasionally return as a wild horse-man and a harbinger of doom.  In truth, Theodoric simply passed away in 526.  The precise reasons for the fall of his first minister have been lost in the mists of time.  No proof of guilt for a crime was ever brought forth.  It appears that this famous Roman was toppled purely by the mistrust of his king.  This turned out to be a serious misjudgment, which the Goth ruler must instantly have regretted, albeit not soon enough to save himself.


It's the opening paragraph of The Middle Ages by Johannes Fried (Belknap Press of Harvard University Press 2017).   Published originally two years ago, this is the paperback edition, so any resemblance to the pr esent is purely coincidental.

Admittedly, the closest we come to a Boethius for the Trump Administration would have to be Hillary Clinton, if only because Trump has again today accused her of crimes for which he can provide no evidence; but he clearly doesn't understand why he needs to.  But her fall would not precipitate his, except as further evidence of the corruption of government, and the corruption isn't nearly that complete or Mueller would not have a job.  Still, the description of Theodoric as a "wild horse-man and harbinger of doom" struck a chord, if only because Trump emerges from the night when the rest of us sleep, and especially on weekends when the news was supposed to only stir in its slumber for the Sunday morning snore-fests, to blast us all with more missives from Twitter.  Not the bowels of Mount Etna, but seemingly from Hell itself.

And this (from the same source) frankly sounds like a better explanation of "Trump supporters" than all those internet articles about psychology and brain structure:

Research conducted in the twentieth century into preliterate nations has given us a new insight into what these barbarians brought with them.  One key factor to emerge was that they displayed additive rather than a subordinate way of thinking, approached things in an aggregative rather than analytical manner, essentially took cognizance of surroundings on the spur of the moment, and were incapable of abstraction.  In other words, this way of thinking did not organize its environment systematically or according to categories, but instead preferred to cling tenaciously to familiar, traditional modes of thought and action....  Initially, as modern studies in developmental psychology have shown when comparing different civilizations, their traditional knowledge and their intellectual make-up must have been unsuited for the moment to progress toward a highly evolved form of culture and to the refined modes of living that prevailed in the Roman world.


"Evolved" and "refined," of course, resting on dreadful daily violence to those who were perceived in any way to threaten the Pax Romana; or who had something Rome wanted (goods, labor, etc.) and that Rome would take.  The collapse of Rome was not just because they became indolent.  The Roman model was unsustainable, long lasting as it was.

It's a bit condescending to apply that analysis to anyone, especially fellow Americans.  But no more so than the articles about psychology and brain structure, and ultimately Fried's point is that there are different ways of thinking, and the way re-introduced to the West via Boethius (his purpose in starting there) is the one that struggled with the non-Roman weltanschaaung; and, I think, like most ideas, has proven bullet proof.  Ideas never die, not really; just ask the flat-earthers.