The timing is a bit off, because I didn't realize Dec. 5 was Krampusnacht, and forgot today was St. Nicholas Day (life at Chez Adventus has been a bit scattered of late).  I cross-stitched the pattern above (yes, I cross-stitch; did it for years before The Golden Child was born, abandoned it to raise a daughter and be a father, took it up again a year or two ago) for my daughter.  I expect it to have pride of place in her new home.  And frankly, it's friendlier looking than these:


A centuries-old figure and menacing counterpart to St. Nicholas, Krampus is a demon-like beast that swats at naughty children, and even has his own holiday—Krampusnacht.https://t.co/QG1zEvAglr
— National Geographic (@NatGeoMag) December 5, 2017


A Krampus from Slovenia: 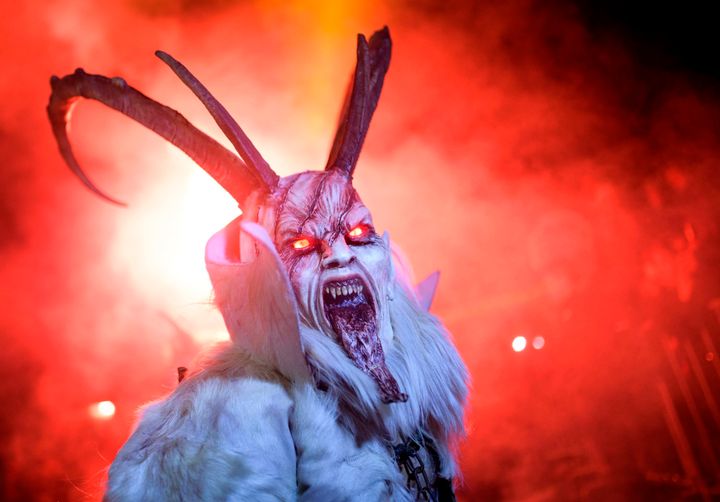 And one from England, who somehow manages to look very English: 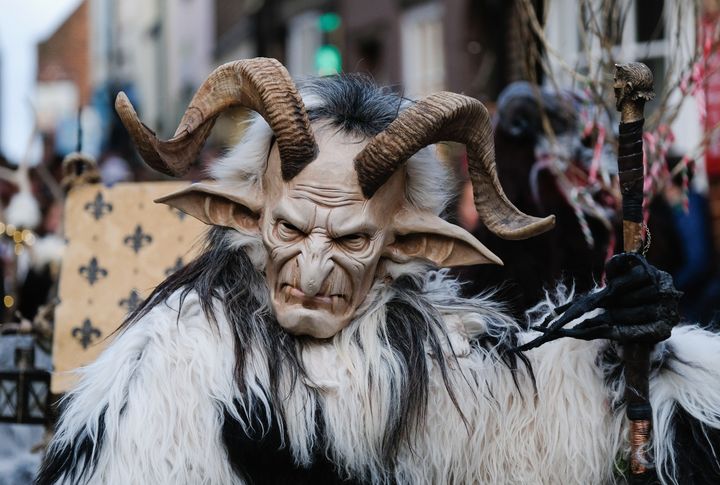 National Geographic has a nice bit of background on this:


Krampus, whose name is derived from the German word krampen, meaning claw, is said to be the son of Hel in Norse mythology. The legendary beast also shares characteristics with other scary, demonic creatures in Greek mythology, including satyrs and fauns.

The legend is part of a centuries-old Christmas tradition in Germany, where Christmas celebrations begin in early December.

Krampus was created as a counterpart to kindly St. Nicholas, who rewarded children with sweets. Krampus, in contrast, would swat "wicked" children and take them away to his lair.

According to folklore, Krampus purportedly shows up in towns the night before December 6, known as Krampusnacht, or Krampus Night. December 6 also happens to be Nikolaustag, or St. Nicholas Day, when German children look outside their door to see if the shoe or boot they'd left out the night before contains either presents (a reward for good behavior) or a rod (bad behavior).


There is concern that Krampus is becoming too commercial.  No, really.  I suppose that cross-stitch pattern is proof of that.  Lord knows I spent enough of the special fabric the pattern maker markets to make mine look like the picture.

I suppose it was worth it.  But you can't escape that in this day and age, can you?  Krampus celebrations were revived as an anti-commercial Christmas effort, and yet....

I'm still ready to yield the word to the world, and find a new one to distinguish the church observance from the year-end celebration.  So long as I don't have to eat any Krampus chocolates....