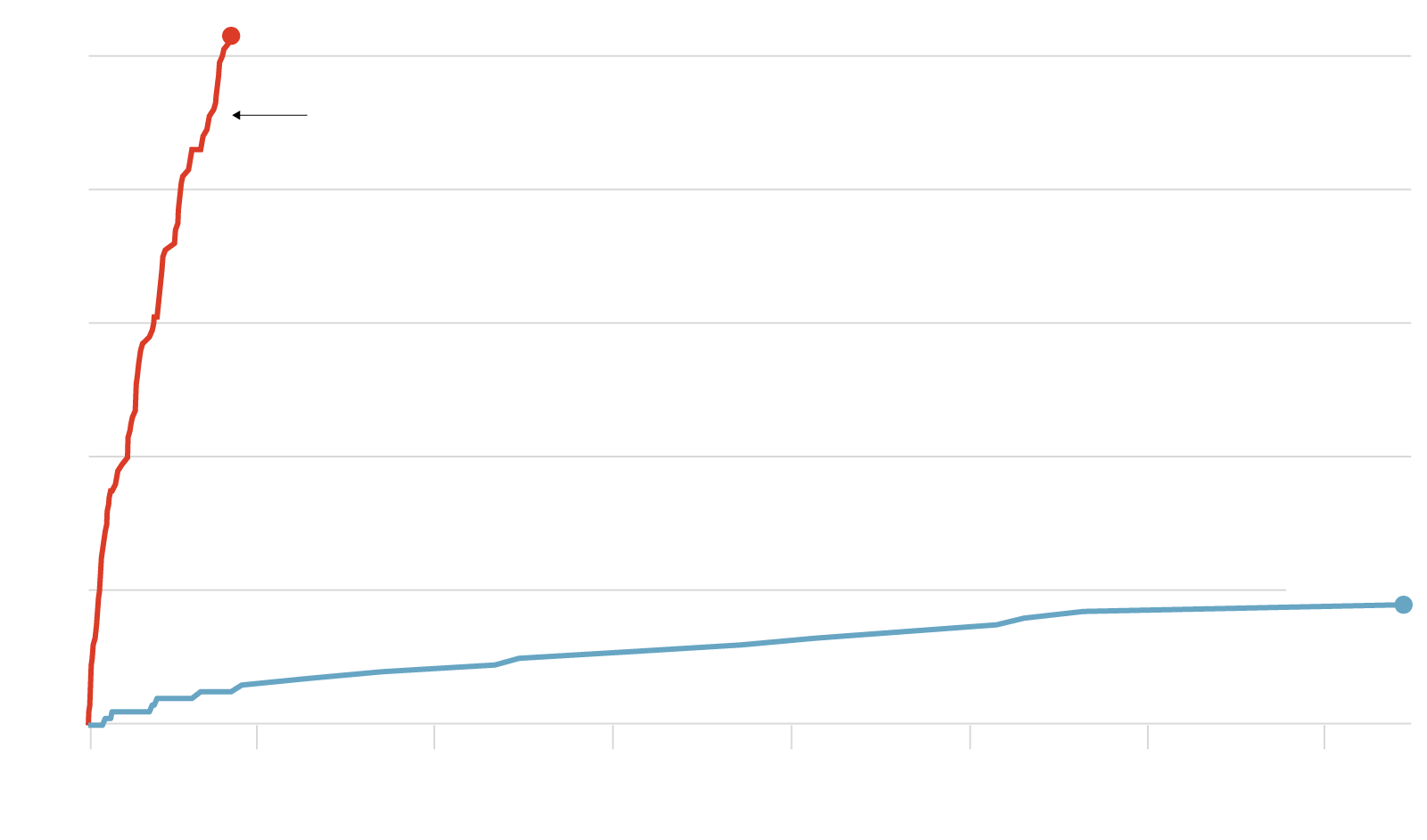 THE PRESIDENT:  Well, it’s a shame what’s happened with the FBI.  But we’re going to rebuild the FBI.  It will be bigger and better than ever.

“He’s also spewing non-fact-based content. To say we’re going to make the FBI bigger and better. With what money?” she asked before criticizing the GOP ‘s tax bill.


But it is very sad when you look at those documents.  And how they’ve done that is really, really disgraceful, and you have a lot of very angry people that are seeing it.  It’s a very sad thing to watch, I will tell you that.

Four in 10 Americans think the president has done something illegal when it comes to Russia, while an additional 3 in 10 say he’s at least done something unethical. And 68 percent disapprove of his response to the investigations.

Back to the transcript:


And I’m going today, on behalf of the FBI, their new building.  But when everybody — not me — when everybody — the level of anger at what they’ve been witnessing with respect to the FBI is certainly very sad.

Q    Is the special counsel biased?

THE PRESIDENT:  You’ll have to make that determination.  We’re hoping for a very — let’s put it this way:  There is absolutely no collusion.  That has been proven.

When you look at the committees, whether it’s the Senate or the House, everybody — my worst enemies, they walk out, they say, “There is no collusion but we’ll continue to look.”  They’re spending millions and millions of dollars.

Not true. Special counsel Robert Mueller, a former Republican-appointed FBI director, was appointed to be special counsel by deputy Attorney General Rod Rosenstein, who works under Attorney General Jeff Sessions, who is a longtime Republican. And, yes, Sessions was nominated for that job by none other than Trump himself. Democrats have, without question, pushed the idea that the available evidence suggests collusion occurred. But Democrats don't control the Justice Department or the House and Senate. These investigations are all being led by either Republican appointees or Republican elected officials.


Then, let's confront the issue of Congress:  the Senate and the House are run by his worst enemies?


I’m increasingly worried Republicans will shut down the House Intelligence Committee investigation at the end of the month.

Yet, Republicans have scheduled no witnesses after next Friday and none in 2017. We have dozens of outstanding witnesses on key aspects of our investigation that they refuse to contact and many document requests they continue to sit on.
— Adam Schiff (@RepAdamSchiff) December 15, 2017

It appears Republicans want to conduct just enough interviews to give the impression of a serious investigation.
— Adam Schiff (@RepAdamSchiff) December 15, 2017


Of course, there's a point to this:

Beyond our investigation, here’s what has me really concerned: The attacks on Mueller, DOJ and FBI this week make it clear they plan to go after Mueller’s investigation.

By shutting down the congressional investigations when they continue to discover new and important evidence, the White House can exert tremendous pressure to end or curtail Mueller’s investigation or cast doubt on it. We cannot let that happen.
— Adam Schiff (@RepAdamSchiff) December 15, 2017

But why would the White House be involved, since:

There is absolutely no collusion.

Let's go back to Mr. Cilizza:

Trump has repeatedly insisted that there is no collusion. Which might well be true! But it isn't clear right now. It's more like unproven. No one -- not Mueller and not the congressional committees looking into the matter -- has said anything definitive about collusion. "The committee continues to look into all evidence to see if there was any hint of collusion," said Sen. Richard Burr, the Republican head of the Senate intelligence committee, in October. Mueller hasn't spoken publicly about the investigation at all.


As they say in sports:  check the tape.

I didn’t make a phone call to Russia.  I have nothing to do with Russia.  Everybody knows it.


No, they don't; and really, whether you did call Russia personally or not is not the question.

That was a Democrat hoax.  It was an excuse for losing the election, and it should have never been this way, where they spent all these millions of dollars.

So now even the Democrats admit there’s no collusion.


Um, when did that happen

There is no collusion — that’s it.


Says the guy who also said this:


Despite thousands of hours wasted and many millions of dollars spent, the Democrats have been unable to show any collusion with Russia - so now they are moving on to the false accusations and fabricated stories of women who I don’t know and/or have never met. FAKE NEWS!
— Donald J. Trump (@realDonaldTrump) December 12, 2017


As Mr. Cilizza pointed out, some of the women involved were on "The Apprentice," and the White House said they had eyewitness accounts to disprove the allegations.  Eyewitness accounts of people Trump never met?  How does that work?

What we have found, and what they have found after looking at this, really, scam, is they found tremendous — whatever you want to call it; you’re going to have to make up your own determination — but they found tremendous things on the other side.  When you look at the Hillary Clinton investigation, it was — I’ve been saying for a long time — that was a rigged system, folks.  That was a rigged system.

When you look at what they did with respect to the Hillary Clinton investigation, it was rigged.  And there’s never been anything like it in this country that we’ve ever found before.  It’s very, very sad.  Very, very sad.


So how many lies are in that brief segment?  Using the NYT standard of "demonstrably and substantially false statements," and letting each sentence stand on its own (because we all learned in English class that a sentence is a complete thought), I count:  17.  Each repetition that there was "no collusion" is a separate lie; each statement about the "rigged system" and Hillary Clinton, and not counting the "non-fact" Stephanie Ruhle identified.  17 lies in just a few minutes.

It's got to be a record; of some kind.