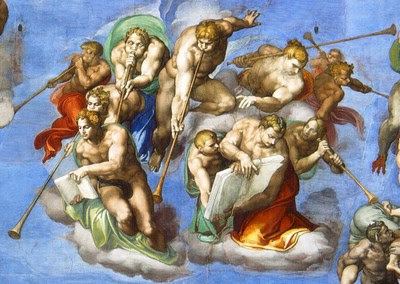 Being the WSJ it's behind a paywall, but the summary and this quote at Vox are enough:

The retailer relies on rapid store openings to keep revenue climbing and investors happy; 2016 marked its 27th consecutive year of sales growth in stores open at least a year.

While many large retailers are closing locations, Dollar General executives said they planned to build thousands more stores, mostly in small communities that have otherwise shown few signs of the U.S. economic recovery.

The more the rural U.S. struggles, company officials said, the more places Dollar General has found to prosper. “The economy is continuing to create more of our core customer,” Chief Executive Todd Vasos said in an interview at the company’s Goodlettsville, Tenn., headquarters.


It's a whole new meaning to "market driven economy."

There are many ways of "keeping awake," and many ways of interpreting the "signs of the times" and for whom the sky will darken and the "power of heaven" will shake.  As Vox notes:

[I]ncome inequality has been growing for decades in America, with the biggest gains accumulating at the top and the middle class facing stagnation.

Meanwhile, Congress just passed a tax bill that features a massive corporate tax cut and individual tax breaks that independent analyses say would favor the wealthy while eventually, without further intervention by a future Congress, result in a tax increase on the poorest Americans.


And it can be said that Trump "supporters" are waking up to this:

“Why are you going to lower their taxes?” auto industry employee Ron Stephens, 49, explained. “The level of lifestyle that they have versus everyone else — why do they need that? It’s not that big of an impact for them, but for someone making $30,000 a year? That would have a huge impact on them.”

Patrick Colley, a Teamster from Michigan stated that, in Trump he thought he had a president who understood the average worker.  Colley admitted that he still hopes to see some benefit from the tax package that still needs to be hammered into its final form by the Republican-controlled Congress. But he said reporting on the plan shows “too much gray about the wealthy” and how they will ultimately benefit.

Colley doubted corporations would invest their tax savings from the GOP Congressional windfall in their businesses by hiring more workers, saying they “are not in a caring mode.”

As for the rich who will see their tax burden go down and don’t have to worry about health care bills, Colley expressed frustration with the bill that will likely be signed by Trump.

The words of the Gospels are often read as addressed only to believers, and only to matters metaphysical.  For the most part, however, they aren't; and they certainly don't have to be.