While We're Getting Literary 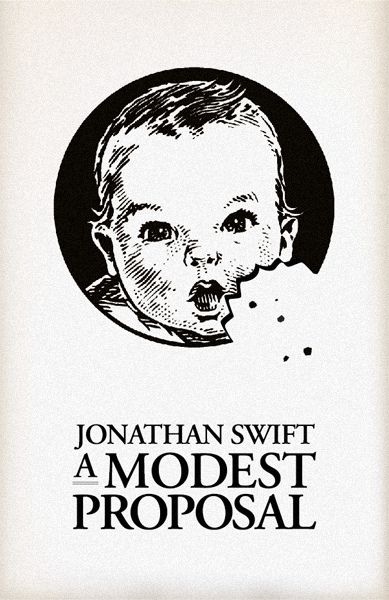 The Speaker of the House washes his hands:

“I’m riffing here,” the speaker admitted, before listing three bullet points of “things we’re trying to do right now to get this economy humming to reach its potential”: Fixing the “regulatory problem,” passing Republicans’ bill to slash taxes for corporations and the wealthy, and people.

I profess, in the sincerity of my heart, that I have not the least personal interest in endeavouring to promote this necessary work, having no other motive than the publick good of my country, by advancing our trade, providing for infants, relieving the poor, and giving some pleasure to the rich. I have no children, by which I can propose to get a single penny; the youngest being nine years old, and my wife past child-bearing.

Paul Ryan recommends some smooth jazz ("riffing") to get Millenials in the mood to start making babies; the economy needs bodies!