This is a joke, right? 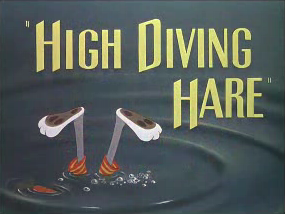 Don't get me started on the definition of "credible:"

The Democratic women of the Senate had been talking among themselves about the Franken allegations for weeks, one Democratic aide said. None, however, went further than to call for a Senate Ethics Committee probe of the Minnesota senator, whom many had considered a close friend.

That stance became increasingly untenable as the accusations against Franken piled up. In calls and texts, the female senators eventually came to an unstated agreement, according to another aide familiar with their discussions: The next credible story of misconduct in a credible news outlet would prompt them to call for Franken's resignation.

I'm guessing it's frustration because they can't do anything about the stupidity of the Administration:

Donald Trump Jr. on Wednesday cited attorney-client privilege to avoid telling lawmakers about a conversation he had with his father, President Donald Trump, after news broke this summer that the younger Trump — and top campaign brass — had met with Russia-connected individuals in Trump Tower during the 2016 campaign.

Though neither Trump Jr. nor the president is an attorney, Trump Jr. told the House Intelligence Committee that there was a lawyer in the room during the discussion, according to the committee’s top Democrat, Rep. Adam Schiff of California. Schiff said he didn’t think it was a legitimate invocation of attorney-client privilege.

“I don’t believe you can shield communications between individuals merely by having an attorney present,” he said, after the committee’s lengthy interview with Trump Jr. “That’s not the purpose of attorney-client privilege.”


Attorney-client privilege is a privilege held by attorneys.  It does not apply simply because an attorney is in the room, and it never applies to non-lawyers

Donald Trump, Jr. is not a lawyer.

This is Bugs Bunny level of reality, where he defies the law of gravity because he never studied law.  That's funny; this is an SNL sketch in real life.  Oh, I'm sorry; Al Franken used to be on "SNL."  Maybe we should take that off the air, too; just to be sure.