Is It Unfair Trump Can't Reply In Kind?

exclusive images from my new book "Never Pick a Fight with a Teenage Girl" pic.twitter.com/mVs96lzzwY

Do I look like I care? Meanwhile, back at the Q:

Moderators on the biggest QAnon forum now banning people who don't keep the faith after Inauguration. They're having a hard time enforcing it.

"Can someone explain how this is not over?" reads the top response. pic.twitter.com/8xy2QWrUB2

Sincerely true: every day is a good day to start taking care of your mental health. pic.twitter.com/KksP0MRBsl

And "cancel culture" is alive and well:

Incredible, after they spent all those minutes working on it https://t.co/nbJ63dgV8U

wow, losing a democratic election,,, cancel culture strikes again and you hate to see it

And even W. is part of the Deep State now:

New: On a call with reporters just now, @WhipClyburn says ex-President Bush told him he’s “the savior” because of his role in helping Biden win the Democratic nomination.

Clyburn says Bush went on to call Biden “the only one who could have defeated the incumbent president.”

Something about "false gods" and "idols" comes to mind.  But not for long. 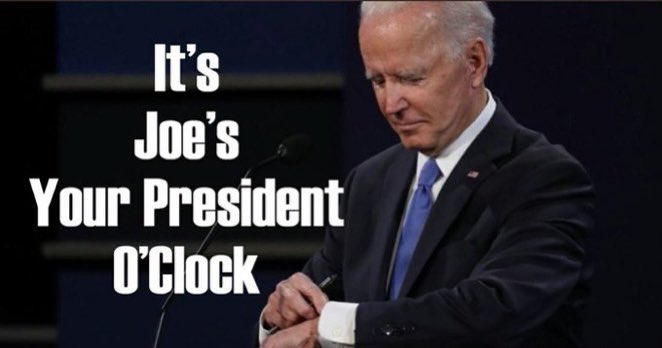