“For those of us in media,” he said, “there’s a real challenge to confront: a wave of censorship that seeks to silence conversation, to stifle debate, to ultimately stop individuals and societies from realizing their potential.”

He continued: “This rigidly enforced conformity, aided and abetted by so-called social media, is a straitjacket on sensibility. Too many people have fought too hard in too many places for freedom of speech to be suppressed by this awful woke orthodoxy.”

As the NYT notes, one of Mr. Murdoch's publications: 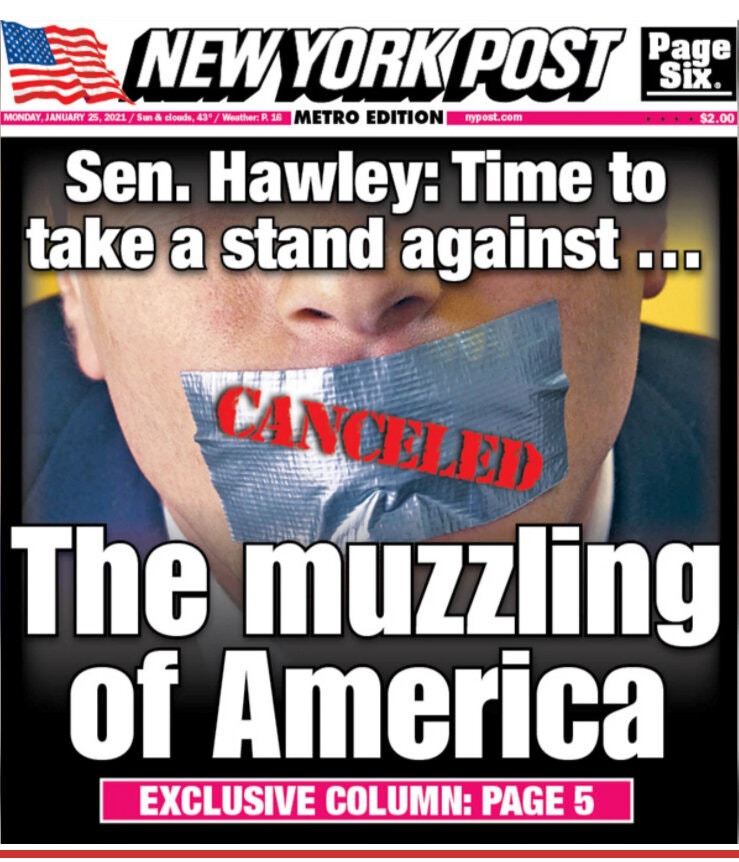 In which the Senator decries the fact Simon & Schuster "muzzled" him by declining to publish his book, which Regnery has agreed to publish, and does it "in one of the most widely circulated newspapers in the country."  (I have to add they gave him the cover and page 5, opposite page 6; to be sure everyone who bought the Post saw the column.)

So, is Mr. Murdoch just marketing for the sake of people lured away to OANN and Newsmax? Wasn't one of his sons once "taking over" FoxNews and making it less incendiary?  Hasn't he given interviews that persuade reporters he's not nearly as reactionary as Sean Hannity, or stupid as Tucker Carlson?

Or is this another case of, when a man tells you who he is, believe him the first time?