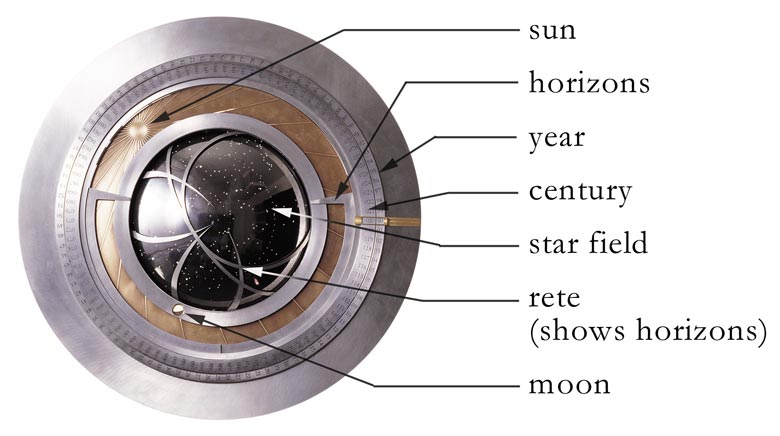 So I just heard about this clock being built by Jeff Bezos on the same day I learn Brits are removing clocks from their schools because students can’t read them. It was very difficult to get my daughter to learn to read a clock because she grew up with digital clocks on everything. I’m not surprised young children now are losing the ability at all.

But the idea of the clock of the Long Now is that it be understandable without stopping or disassembling it. But what about understanding it while it’s running? If you lose that, don’t you lose the purpose?

Beats me.  None, I suspect. Things left on their own away from prying eyes tend to vanish from public memory.  Especially the ones built as monuments to transcendent ego.

In the words of Stewart Brand, a founding board member of the foundation, "Such a clock, if sufficiently impressive and well-engineered, would embody deep time for people. It should be charismatic to visit, interesting to think about, and famous enough to become iconic in the public discourse. Ideally, it would do for thinking about time what the photographs of Earth from space have done for thinking about the environment. Such icons reframe the way people think."

Um, sure, Stewart.  For reference (and this took a bit of looking), the clock is being built in the Sierra Diablo Mountains in the Trans-Pecos region of Texas.  Most articles describe the location as only "west Texas" which is misleading.  There are no mountains in west Texas.  I've been there; it's flat as a pancake.  The mountains of Texas are in the Trans-Pecos region (i.e., across the Pecos river).  I won't bother with the Texas geography lesson, but the Corn Ranch where this mountain is situated is below New Mexico in that portion of Texas that extends westward above Mexico and terminates with El Paso.  For a place "charismatic to visit" you'd do better with Marfa; or the Davis Mountains; or even the Big Bend National and state parks.  There's an observatory in the Davis Mountains.  There's art in Marfa.  There's culture in El Paso.  And in Culberson County and Van Horn, Texas, there's Guadalupe National Park.  And Bezo's Blue Origins spaceport, another monument (I suspect) to this new Gilded Age.
I was going to say burying a clock that ticks once a year in a mountain in Texas that you won't even reveal the location to ("west Texas" will wind you up miles north and east of Van Horn, and wondering where the hell the mountains are) is not exactly a tourist attraction.  And it's on Bezos' ranch.  Does he plan to open that to tourists on the regular? No, apparently not.

The clock was conceived by a tech millionaire. It is funded by the world’s richest man, a tech billionaire. It is being built adjacent to his private spaceport, inside a mountain that he owns. You can visit the clock in the mountain in Texas someday. You can walk through its stainless steel doors, climb the staircase up to the clock face. You can turn the winding mechanism and hear one of Brian Eno’s chimes. The Long Now Foundation has a signup list—paid members get to jump the line—for tours that are scheduled to begin “many years into the future.” There’s another, quicker way to get in, though: Just ask Jeff Bezos for an invite when you see him at Davos, or ask a board member of the Long Now Foundation for an introduction.

I'm guessin' "many years into the future" is for when Jeff Bezos is long gone, and doesn't have to worry about the hoi polloi invading his privacy.
I think the way the uber-wealthy spend their money is more likely to reframe the way we think.
Posted by Rmj at 4:00 PM