Love in the time of terrorism 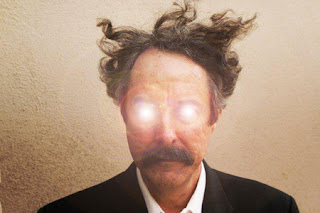 Jonah Goldberg ✔ @JonahNRO
To paraphrase William F. Buckley, I'd be perfectly happy to leave this guy's fate up to the first 2,000 names in the Boston phonebook.


In all this talk about the Boston Marathon bombing, from the catastrophe of CNN's premature announcement of an arrest to the New York Post accusing innocent people of the crime, I am reminded, not for the first time, of a story by Steve Allen from, coincidentally, the year of my birth:  "The Public Hating."

It takes place in an America of the future where they have found that hatred can be focused, can be channeled, can be directed on a human target.  The protagonist (I only remember the story now) enters a stadium which fills with people who are all directed to focus their hate on the convicted prisoner on a platform on the ground below.  He is not much larger than a bug to the main character, and soon he begins to run around the stage trying to evade the torture he is suffering as the announcer exhorts the people in the stands to "hate" him.  Soon he resembles a bug on a hot griddle, as he tries to run from what he cannot escape.  When he finally collapses, twitching and literally burning from the inside out, the protagonist leaves the stadium, nauseated by what he has seen and been a part of.

But most of the people in the stadium, of course, are quite happy with the results.

Digsby worried about something akin to this earlier; and the response of the New York Post to its catastrophic failure to publish news and instead publish slander, indicates Digsby was on to something.  The teenager in that picture is still terrified to be connected to this horrific crime just because he was a spectator; but the New York Post is unrepentant.  The event has prompted the predictable amount of American xenophobia.  But the full scale meltdown of news outlets, the absolute set of lies released in this case, has been stunning.  Even this morning, the moment "Chechnya" was mentioned, reporters on NPR started talking about "Islam."

Because, you know:  terrorism.

And, as I say, it made me think of that story by Steve Allen; and not for the first time.
Posted by Rmj at 3:03 PM