The Way You Do the Things You Do 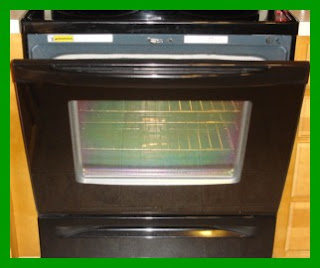 Why do I want to prop the oven door open when I turn on the broiler?

No, I'm serious.  Who taught me to do this?  Why, in fact, is it such a widespread and ingrained behavior that the instructions for my new oven specify that I NOT leave the door propped open when the broiler is on?  Clearly it's a near universal practice that we all need to discard.  This is the first new oven I've ever bought, but the fact the instructions are there doesn't tell me whether this is a recent change in oven design, or a reference to an old practice that hasn't had any practical purpose for decades.

So where did I learn to do it?  When did it become so normative?

I'm not really interested in the particular so much as in what it represents.  Culture persists and pervades human life this way.  I first became aware of it when I took the pulpit of a 150 year old church, and slowly but surely figured out that church hadn't really changed in the 150 years it had been in existence.  Pastors didn't last long there.  Some churches have one pastor at a time, pretty much for that pastor's life time.  Some churches have a pastor for his (usually) career, but it's only because that pastor was unique to the congregation of his pastorate.  Some churches have a new pastor ever three years or so.

Churches, like any small group that persists over any amount of time, have a heritage.  It can be likened to genetics:  certain traits persist and are expressed throughout the life of the institution.  It's pretty easy to figure out why with churches:  similar people are attracted to the place, they reinforce and establish certain lines of conduct; people of like mind are drawn there and keep that conduct going.  Pretty soon it's set in stone that "we've always done it this way," and one of the ways they've always done things is to, say, run off the pastor after a year or two.  Why?  Because it's become the "genetic heritage" of the institution.

I grew up in a small church like that.  The members of the congregation changed, but not as fast as the pastors.  And yet the more the membership changed, the more the church stayed the same.

Texas is another example.  In my lifetime, Texas has gone from a primarily rural state to a primarily urban state.  Texas has more large cities in it than any state outside California:  Dallas-Fort Worth; San Antonio; Houston.  Austin isn't huge, but culturally it is hugely influential, more so than it ever was before.  And yet rural voters still run the state, because urban voters (who elected a lesbian sheriff in Dallas County, once home to some of the most famous televangelists in the country, and who elected a lesbian mayor in Houston) don't vote in large enough numbers to swing statewide elections.

That's always been true in Texas, but why does it persist?  Texas had such a rise in population due to people moving here that it was popular for several decades to try to persuade people not to come here.  And yet the people who came here didn't change the political or social culture of Texas:  they reinforced it, and recently it's only gotten worse.  Texas Governors used to be low-key to the point of invisibility:  now we've had Rick Perry since Bush went to Washington.  Texas US senators used to be almost as invisible as the governors; after Phil Gramm, now we have Ted Cruz, who makes us almost long for Gramm.  Texas was always a hotbed of crazy conservatism.  It wasn't really a surprise Kennedy was shot here, and not somewhere else.  But now the Tea Party has put that craziness on steroids, and Ted Cruz welcomes the calumny of his fellow Senators as proof he's doing something right.

Why do such ideas persist and get stronger?  Why didn't the massive influx of people who weren't born and raised in this culture alter the culture?  Why, instead, did we alter them?  Why does it seem, if anything, that the culture has just gotten worse, has doubled-down on its own worst excesses?

It's the peculiar persistence of culture.  It shows up in small things, like calling all soft drinks "Cokes."  In Texas, you ask if someone wants a "coke," and if they do, you then ask what kind they want.  "Coke" is not a trademark, its a generic term, like kleenex or bandaid.  You pick that up in the daily language, you figure out what it means, you carry on with the meaning, especially because if you say "pop" people think you mean your father, and "soda" doesn't mean much at all, except maybe you forgot to say "baking" before it.

It's an interesting thing, this persistence of culture.  Some of it, like the oven door, makes a kind of sense.  I probably learned it from my mother, and continued the practice because "you're supposed to do that."  Some, however, don't quite make as much sense.

I was in a car wreck (no injuries) several years ago, and I told the wrecker driver who showed up to move the car out of traffic.  I knew the police wouldn't care, would welcome it, in fact, because no-fault insurance meant there wouldn't be an extensive police investigation with careful measurements and diagrams and witness statements.  That had been the law in Texas for almost 30 years.  And yet the other driver's attorney showed up and argued with me about moving my car; and she couldn't have been much over 30 years old.  She couldn't have learned in law school that a full investigation of an auto accident is required in any and all cases (frankly, you don't learn much about automobile collision investigations in law school) and clearly fender-benders weren't her usual area of practice.  But why did she continue to insist the law was unchanged since my childhood?  Where did she learn that?

The best explanation I have, is that the culture taught her it was so.  That, in the absence of positive information about traffic accidents, she fell back on the common wisdom that "this is what you do;" even though we stopped doing that probably about the time she was born.

Houston, Texas, is the fourth largest city in the country, and one of the most ethnically diverse cities in the country, too.  In some ways that has changed the culture of the city; in some ways it hasn't changed it at all. But there are precious few "native" Houstonians here,  Most of the population growth in this city, for the past 40 years, has been from people moving here.  And yet the basic culture of the city persists.

The town I grew up in is now populated largely by people of my age, my generation; and yet precious few of the people I grew up with still live there.  Nevertheless, the culture of the place has barely changed.  It is part of the area of Texas that now sends Louis Gohmert to the House of Representatives, and he probably could have gone there when I was a child, too.  Again, the population growth is due more to people moving there than to an explosion of births there; and yet the culture of the place is in fundamental ways barely altered.

I don't know.  I'm not a sociologist; I'm not an anthropologist.  There is undoubtedly much information in the world on this subject that I simply don't have.  This is not so much a profound mystery of existence as it is a fascinating bit of reality we never really look at.  Culture is a powerful determinant of what we do and why we do it.  But we seldom think of it that way.