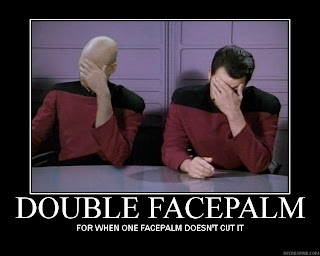 
"That was misreported," [Rand] Paul said. "I asked them, 'Do you know?' and I didn't know the answer. This is my first time to go to a historically black college."

"People say, 'Well, you should know the answer.' Well, that was part of the reason for going there, was I didn't know the answer," he said. "I said, 'Did they all know that the NAACP was founded by Republicans?' And in retrospect it sounds like it is a dumb question, but it's like, Republicans haven't been going to Howard for 20 years, so maybe by me going there I did learn something. And I did learn that everybody there knows, and I left there knowing that: Everybody there knows."

D'ya think if I were a U.S. Senator and went to a Jewish school (or someplace where I could expect highly knowledgeable people) and asked if they all knew Jesus was Jewish (as was Mary.  I had a professor in seminary who told the story of being a tour guide while a graduate student at Notre Dame.  When visiting families would ask who the figure was atop the main building, he'd reply:  "Oh, a nice Jewish girl."), that people would expect me to know they would know that?

Would they be right to think it was mighty condescending of me to assume that this was secret knowledge I was about to spring on them?

"It's unfair what the media tries to do to me on this," Paul added, according to the report. "I'm a little sensitive to some of it."

I'm sure you are.  You have my sympathies.  Now get off the public stage.  You clearly don't belong there.