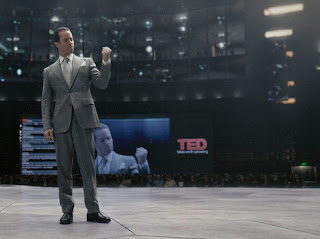 
If the kind of controversy which so often springs up between modernism and traditionalism in religion were applied to more commonplace affairs of life we might see some strange results. Would it be altogether unfair to imagine something liked the following series of letters in our correspondence columns? It arises, let us say, from a passage in an obituary notice which mentions that the deceased had loved to watch the sunsets from his peaceful country home. A. writes deploring that in this progressive age few of the younger generation ever notice a sunset; perhaps this is due to the pernicious influence of the teaching of Copernicus who maintains that the sun is really stationary. This rouses B to reply that nowadays every reasonable person accepts Copernicus’s doctrine. C is positive that he has many times seen the sun set, and Copernicus must be wrong. D calls for a restatement of belief, so that we may know just how much modern science has left of the sunset, and appreciated the remnant without disloyalty to truth. E (perhaps significantly my own initial) in a misguided effort for peace points out that on the most modern scientific theory there is no absolute distinction between the heavens revolving around the earth and the earth revolving under the heavens; both parties are (relatively) right. F regards this as a most dangerous sophistry, which insinuates that there is no essential difference between truth and untruth. G thinks that we ought now to admit frankly that the revolution of the heavens is a myth; nevertheless such myths have still a practical teaching for us in the present day. H produces an obscure passage in the Almagest, which he interprets as showing that the philosophy of the ancients was not really opposed to the Copernican view. And so it goes on. And the simple reader feels himself in an age of disquiet, insecurity and dissension, all because it is forgotten that what the deceased man looked out for each evening was an experience and not a creed.

Eddington goes on to distinguish "creed" on the grounds of Quakerism, and the absolute rejection of metaphysical knowledge (let us call it that, although "metaphysics" draws up consideration of matters that are sometimes supposedly physical, only ever so much more so.  I should, in other words, hesitate to use the term, except that "metaphysical" also properly means "beyond the physical," and so encompasses thought itself, and human experience; a subject upon which Eddington also has some interesting comments.)  Being an ordained minister and a faithful believer in the power of liturgical worship and the liturgical calendar, I'm not quite ready to join Eddington in throwing out creedal statements (and I recognize his bias; Eddington was a Quaker); so I don't think he's quite put his finger on the problem, but I appreciate the impulse nonetheless.

That's really as anti-creedal a statement as I can sign onto.  I think I would take Eddington's enlightening example rather as a starting point for existentialism, and for questioning the value of ratiocination in the examination of what really matters to the living individual.

Or, as William James put it:

1. A living option is one in which both hypotheses are live ones. If I say to you: "Be a theosophist or be a Mohammedan," it is probably a dead option, because for you neither hypothesis is likely to be alive. But if I say: " Be an agnostic or be Christian," it is otherwise: trained as you are, each hypothesis makes some appeal, however small, to your belief.

2. Next, if I say to you: " Choose between going out with your umbrella or without it," I do not offer you a genuine option, for it is not forced. You can easily avoid it by not going out at all. Similarly, if I say, " Either love me or hate me," " Either call my theory true or call it false," your option is avoidable. You may remain indifferent to me, neither loving nor hating, and you may decline to offer any judgment as to my theory. But if I say, " Either accept this truth or go without it," I put on you a forced option, for there is no standing place outside of the alternative. Every dilemma based on a complete logical disjunction, with no possibility of not choosing, is an option of this forced kind.

3. Finally, if I were Dr. Nansen and proposed to you to join my North Pole expedition, your option would be momentous; for this would probably be your only similar opportunity, and your choice now would either exclude you from the North Pole sort of immortality altogether or put at least the chance of it into your hands. He who refuses to embrace a unique opportunity loses the prize as surely as if he tried and failed. Per contra, the option is trivial when the opportunity is not unique, when the stake is insignificant, or when the decision is reversible if it later prove unwise. Such trivial options abound in the scientific life. A chemist finds an hypothesis live enough to spend a year in its verification: he believes in it to that extent. But if his experiments prove inconclusive either way, he is quit for his loss of time, no vital harm being done. It will facilitate our discussion if we keep all these distinctions well in mind.


Is the creed, in other words, a living option for you?  If so, you adopt it; but recognize always its limitations.  This, I firmly believe, is the underlying basis of the parables.  The story of the Prodigal Son is really the story of the Crazy Father, a father who casts aside all reasonable social restraints and respects his son absolutely.  That respect is not only absolute toward his son, it is also absolutely contrary to the interests of society.  What example does the father set, to allow such a crude and gross insult as:  "I want what's coming to me, and I want it now?"  It is a demand that can only be interpreted as:  "Drop dead, old man, and get out of the way of my inheritance!"  Which, to say the least, violates the "creed" of one of the Ten Commandments.

And yet the father acquiesces.  Is this good, or bad?  And when the prodigal returns, the father uses the brother's property (the father having divided everything between the two sons) to celebrate the return, and worse, leaves the brother with the social and moral quandary:  to acquiesce to the father's insanity, or to challenge the father's love, which here truly does conquer all (we seldom think of it that way, do we?).   Recognize the older brother's struggle here:  he's done everything right.  He's honored his father; he still does.  But is his father crazy?  Or a genius?  And if we all ordered society as the father does, what then?