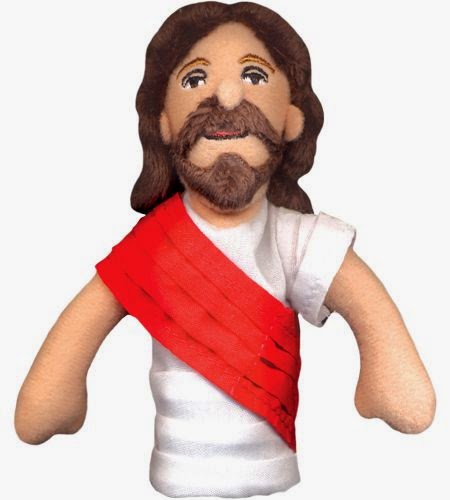 A magnetic Jesus for a magnetic Pope.  (Sorry!)

Speaking of St. Ignatius (the founder of the Jesuits), we turn to the Jesuit Pope, already in progress:

The magnetic pope has sparked new enthusiasm around the world for the church and has flexed his political muscles internationally, most recently by helping to engineer a new relationship between the United States and Cuba.

But Francis’s agenda, which also includes calls to address income inequality and limit climate change, is putting him at odds with Republicans, including GOP Catholics in the United States.


It's not the first time Francis has clashed with conservatives.


..... Since his papal inauguration in March 2013, the pontiff has publicly made policy remarks about income inequality and the environment that many American Catholics weren't used to hearing coming from the Vatican, and not just from the pulpit.

“Inequality is the root of social evil,” Francis tweeted in March, after months earlier slamming “trickle-down” economics as a “crude and naïve” theory.

Next year, as part of a speech he’ll give to the United Nations General Assembly, Francis will issue an edict urging the world's 1.2 billion Catholics to do what they can to fight climate change.

“He's modeling the church as a place for open disagreement,” said Vincent J. Miller, who chairs the University of Dayton's Catholic theology program. “In that sense, one of the most important changes he's making is that conservative politicians are now openly disagreeing with him,” Miller said.

....
Francis himself enjoys a high favorability rating of 78 percent among all Americans, with only 11 percent disapproving of him and the remaining having no opinion, according to a Dec. 11 poll from Pew. Among Catholics, his favorability spikes to 93 percent.

Miller said Republicans are no longer able to use issues like abortion and gay marriage as the defining issues for American Catholics.

But Mauricio Claver-Carone, director of the conservative U.S.-Cuba Democracy PAC, said that by injecting his beliefs, Francis has alienated Cuban-Americans who are deeply opposed to the communist Castro regime in Cuba.

Progressive Catholics, however, such as Sister Simone Campbell, executive director of NETWORK, a Catholic social justice organization, are cheering Francis on as he calls for the world's elite to do more to help the poor.

“Oh my gloria, this is a definite change in tone from being a 'scolder-in-chief' to being the one who identifies with the pain in our world,” said Simone, who organized the “Nuns on a Bus” cross-country tours.

“Pope Francis's message and tone are making Catholic Republicans a little uncomfortable,” Simone said. “He's stirring the concern on issues like poverty and the economy.”

I left out of that the political analysis on Catholic voters, and most of the comments about the rapprochement with Cuba, equally political stuff.  I'm not interested in that.  I would note that, to the extent the Pope is making people uncomfortable, is garnering their critique rather than their praise, he seems to be doing something right.  Not that simplistically angering people is the path to God's will, but the Pope has shown no particular interest in pleasing Sister Simone Campbell, yet he's doing so anyway.

Pleasing me, too.  I understand the Jesuits praise a "free person," a term of art for them; and they consider Pope Francis such a person.

There is a good article at Religion Dispatches about protest as theology.  "This is what theology looks like," the author argues.

I would say the same about Pope Francis and what he is doing.  Theology is especially doing; it is words about God, and God is active in human history.
Posted by Rmj at 1:50 PM