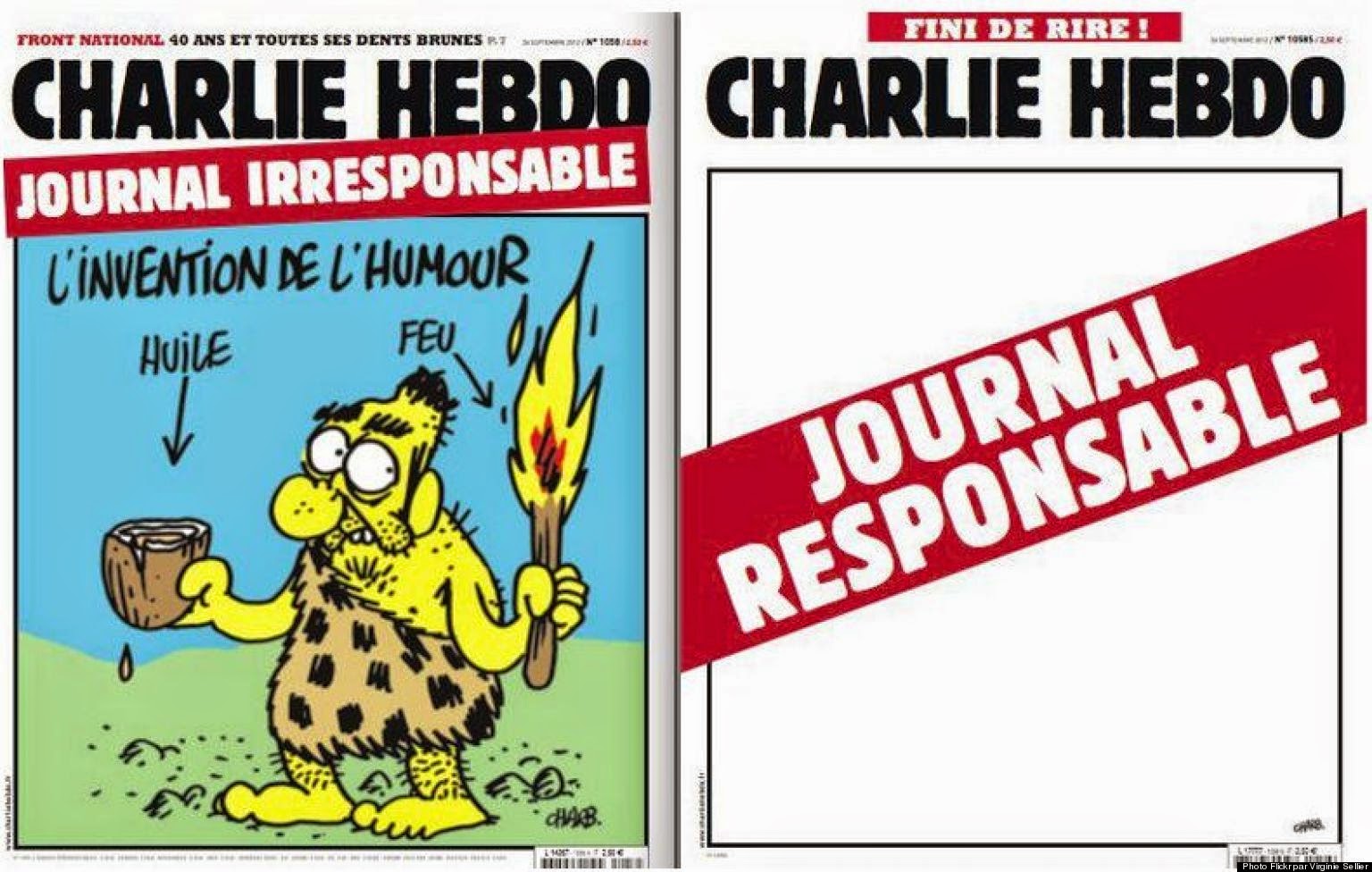 I'm reading more than a few comments about how Muslims are responsible for what happened in Paris, especially if they don't disavow what happened in Paris in terms acceptable to the commenter (and, as well, presumably communicate that disavowal to the commenter personally.  In a media-saturated world, if you make a protest but my news sources don't report it, did you make a sound?).

This is the best response to that attitude that I have found.  It's short; read it all.  See if you don't agree with me.

ADDING:  This is very good, too.  I always prefer to complicate the picture, rather than simplify it.

....Charb, the director of Charlie Hebdo, declared: “It may sound pompous, but I’d rather die standing than live on my knees.” Should a cartoonist become some kind of priest, leading a sacrificial ritual on the altar of freedom of speech? To what avail?

Lagniappe:  Juan Cole also answers those who declare Islam responsible for what happened (and is happening) in Paris:

For those who require unrelated people to take responsibility for those who claim to be their co-religionists (not a demand ever made of Christians), the al-Azhar Seminary, seat of Sunni Muslim learning and fatwas, condemned the attack, as did the Arab League that comprises 22 Muslim-majority states.

We have a model for response to terrorist provocation and attempts at sharpening the contradictions. It is Norway after Anders Behring Breivik committed mass murder of Norwegian leftists for being soft on Islam. The Norwegian government launched no war on terror. They tried Breivik in court as a common criminal. They remained committed to their admirable modern Norwegian values.


I think these arguments and ideas deserve wider dissemination.