or Saints and Sinners 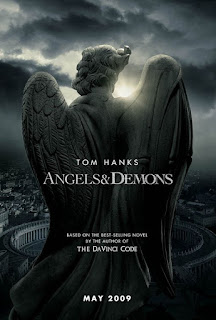 This is one of those days I could just outsource to Charlie Pierce.

First, I learn Archbishop Oscar Romero may soon be fast-tracked for canonization.  Even though I am a staunch Protestant, I like it.  I may pray to St. Romero just on general principles.

Oscar Romero, who was a bishop in what Bill Maher assures us is a stupid and dangerous institution, now is fast-tracked to sainthood because his life is finally being recognized as the blessing it was to the people of El Salvador. If Papa Francesco really canonizes him in that country, there won't be a dry eye in the hemisphere.


A gratuitous jab; but I like it.  Puts me in mind of this:

"My church comforts the sick and the dying. My church feeds the hungry. What does your church do? Oh, that's right, you don't have a church!"

Terrorists rarely have territory under their control. They have no structures to which they can point. Their clandestine existence means that the only way they can demonstrate their existence is to act. In doing so, they communicate not only with their adversaries but also with their supporters and their followers throughout the world. By reacting, governments communicate for them, too. By bombing their training camps or labeling them public enemy number one, governments also demonstrate the existence and strength of their terrorist adversaries. Any government that refused to react, however, would soon be dismissed as weak...In South America civilian governments were replaced by the military when they were perceived as weak in the face of terrorism...In both Brazil and Uruguay, the brutal behavior of the military state did succeed in destroying the terrorist movements, but the costs were far higher than any democracy could pay. Part of the genius of terrorism, therefore, is that elicits a reaction that furthers the interests more often than their victims.


Which goes along with what I noted Juan Cole to be saying, earlier; and again provides a gratuitous jab at Bill Maher, at least insofar as he represents liberal atheists in the public sphere, now.

They really need to get a new agent....