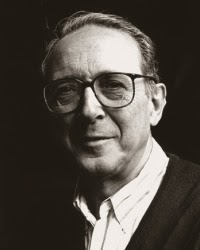 "What can we do to take the crucified people down from their crosses?"

From a link provided in comments below:

According to Jon Sobrino of San Salvador's Central American University, compassion must have the central place in the life of the Catholic university. College students and universities themselves must learn to embrace the "preferential option for the poor."Sobrino argues that if the Catholic university is to exist in a world of massive suffering and not function simply as an "ivory tower," it must be committed to the poor. Far from paternalistic philanthropy, the preferential option entails solidarity-identifying with the poor, being converted by them, and participating in movements for their empowerment. If the Catholic university does not actively side with the poor in appropriate ways, it will tacitly side with the status quo and reinforce present structures of injustice, oppression, and exclusion.

You want radical thought, there it is.  From a Catholic theologian and Jesuit priest; not from Bill Maher or Richard Dawkins or Stephen Weinberg.  Sobrino's thought is centered on the question "How should we then live?" and his answer is:  in a way that doesn't side with the status quo and reinforce injustice, oppression, and exclusion.  It is a way of thought he derives from his Christianity, not in spite of it.  You want to curse the darkness, you can join the way of the world:  of the Mahers and the Dawkins and the Harrises.

You want to light a candle, you want to truly do the difficult work of effecting good in the world:  you take up the challenge of Sobrino and Gutierrez and Romero and MLK and even Francis I, or anyone else who truly challenges the world as it is at such a fundamental level, and you look at your place in the "present structures of injustice, oppression, and exclusion."  And consider how it is you see them at all, and from what perspective, and why they are there, and what the alternatives are.

You don't have to be Catholic, or attend or work for a university, or even be Christian, to do it.  But it is much harder, and a much worthier effort, than listening to the babble of the world.  Even the Gentiles can do that much.