The Library of Babble 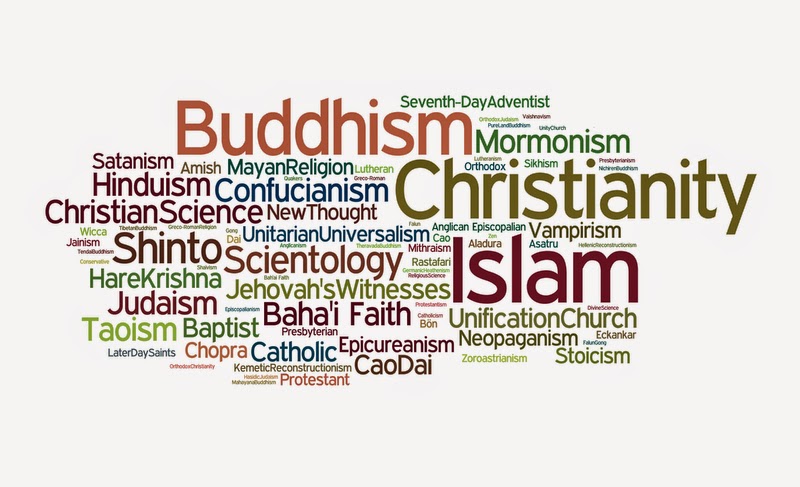 I try to be open minded about these things, but the question put to Bruce Feller was to distinguish between "spirituality" and "religion," and what I hear is:  "Spirituality is all about me."

Well, I think that organized religion is more threatened than ever before. Attendance is down, membership is down, but it’s not down that much. Here’s what I think is going on. The idea that you would go to a building at the time of the building’s choosing and sit in a pew while someone stands up on a high platform like a mountain and tells you what to think and believe from a text that has been closed for hundreds or thousands of years–every part of that is completely anathema to how we live today.

People want to be more interactive, they want to do things on their own schedule, they want to tell their own story, they don’t want to just listen to other people’s story. So what’s going on is that people are pulling away from formal institutions, but they’re not giving up on these core questions about who am I, how do I get through difficult times in my life, what does it mean to have values, how can I serve my community and is there a higher calling in some way. So what happens is people are breaking away from the institution but they are still asking the big questions, and that’s exactly where pilgrimage fits in. Because a pilgrimage is at its core a gesture, or an action. It’s saying that I’m going to take a step. I’m going to figure out what I really believe and I’m going to determine for myself how I want to live my life. Whereas traditional religion is much more passive, going on a sacred journey is much more active. That’s why pilgrimage is so popular today.


Funny that he says pilgrimage is about breaking away from the institution, when pilgrimage is, and has been for centuries, about the institution.  The word "chaplain" came from the one keeping the chapel, along a pilgrimage route.  Those chaplains were authorized by the Roman Catholic church.  The very idea of pilgrimage he promotes on his PBS series is connected, each and every time, to a major religion (Islam, Christianity, Hinduism).  One of his trips was to the Ganges, where one of the largest gatherings of human beings on the entire planet occurs on a regular basis.  Lourdes is operated by the Roman Catholic church.  The pilgrimage to Mecca is to a set of places carefully maintained by institutional Islam.

Most religious institutions are an attempt to answer the question "How can I serve my community and is there a higher calling in some way?"  You can serve your community by passing out blankets on the street, or offering food to the homeless.  Well, in some places you can; in others, you can't.   Religion is an attempt, among other things, to be more effective about that service.

Microsoft is bad.  Steve Jobs is Apple, so Apple is not an institution; and Apple, therefore, is good.

What part of this is "completely anathema to the way we live today"?  The self-awareness to appreciate the contradictions?

As for church:  yes, attendance is down and membership is down, and yes, it's not down all that much.  Church attendance hit an historical high following World War II, and it's been in decline since the early '60's (at least), returning back to normal (historical) levels.  Just like the Baby Boom is the demographic bulge in the python that distorts all around it, the post-war increase in church attendance distorted our idea of who goes to church, and especially how many go to church.  And, of course, that decrease is visible only in America and Western Europe.  There are parts of the world where church attendance is so active America (and Western Europe) are actually seen as mission fields (a situation predicted by the late Evelyn Waugh, IIRC).

Got to be very careful how you generalize about these things.
Posted by Rmj at 12:23 PM