Crazy enough for you? 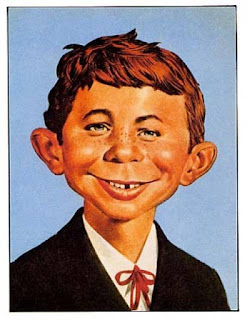 He doesn't worry; but I do.

I've been out this morning, so I missed this bit of information:

Trump said Sunday that he could do away with the so-called "one-China" policy — an agreement by the United States to effectively side with China in its sovereignty dispute with the self-proclaimed republic of Taiwan… "China expresses serious concern on this subject," Chinese Foreign Ministry spokesman Geng Shuang told reporters. "If the [one China policy] is compromised or interfered with, any sound and steady development in China-U.S. relations and cooperation in various fields is out of the question…"I fully understand the 'one China' policy, but I don't know why we have to be bound by a 'one China' policy unless we make a deal with China having to do with other things, including trade," Trump said.


This explains why I came into the middle of an interview on NPR with a national security expert and professor at some college (so an Authority on the Subject) who said this is what you don't do, because China is a nuclear power, and this is the one issue he can see China going to war over:  Taiwan and its status.

Is this enough for the Electoral College to man up and do something?  They could keep it out of the House entirely, frankly.  It would be better than giving this idiot any chance at sitting behind that desk in that office.