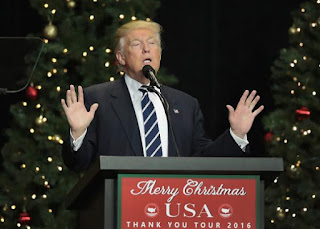 It really is as old as the country itself:

. . . It is a notorious fact that the Monarchs of Europe and the Pope of Rome are at this very moment plotting our destruction and threatening the extinction of our political, civil, and religious institutions. We have the best reasons for believing that corruption has found its way into our Executive Chamber, and that our Executive head is tainted with the infectious venom of Catholicism. . . . The Pope has recently sent his ambassador of state to this country on a secret commission, the effect of which is an extraordinary boldness of the Catholic church throughout the United States. . . . These minions of the Pope are boldly insulting our Senators; reprimanding our Statesmen; propagating the adulterous union of Church and State; abusing with foul calumny all governments but Catholic, and spewing out the bitterest execrations on all Protestantism. The Catholics in the United States receive from abroad more than $200,000 annually for the propagation of their creed. Add to this the vast revenues collected here. . . .

No, not anti-Catholicism; the fear of a shadowy conspiracy that is actually in control.  The quote above is from a Texas newspaper in 1855; it's quoted in Richard Hofstadter's famous article "The Paranoid Style in American Politics."   To put that quote in some perspective:  we are only slightly closer in time to Hofstadter's article than that 1855 article was to 1776; we are much further in time from that article than 1855 is from 1776.  And yet, the more things change.....*

I suppose I should say, at this point:  is it any coincidence that Alex Jones lives in Texas?

I find this kind of conspiratorial ranting even today (and I mean the day I write) in comments at Salon, where some still insist the DNC conspired against Bernie Sanders to give Hillary Clinton the nomination ("the e-mails!  Look at the e-mails!").  The conspiracy theory will always be with us.

What I didn't realize, was how connected to the "War on Christmas" this was:

“The UN fanatics launched their assault on Christmas in 1958, but too late to get very far before the holy day was at hand,” the pamphlet explained. “They are already busy, however, at this very moment, on efforts to poison the 1959 Christmas season with their high-pressure propaganda. What they now want to put over on the American people is simply this: Department stores throughout the country are to utilize UN symbols and emblems as Christmas decorations.”


If John Bolton returns to public life, we may actually hear the UN denounced in those terms again.  But that's the John Birch Society, in 1957.  I can still trace "Happy Holidays" back to Bing Crosby and Irving Berlin (a Jew!  Patience, that will be a point of the discussion, too) in the '40's, but in the disruptive (!) fifth decade of the 20th century, the phrase was already too much to bear in December.

Except drop back another 30 years:

“The whole record of the Jewish opposition to Christmas, Easter and other Christian festivals, and their opposition to certain patriotic songs, shows the venom and directness of [their] attack,” [Henry] Ford wrote. He listed local outrages: “Christmas celebrations or carols in Philadelphia, Cincinnati, St. Paul and New York met with strong Jewish opposition … Local Council of Jewish Women of Baltimore petitions school board to prohibit Christmas exercises … The Council of the University Settlement, at the request of the New York Kehillah [Jewish leadership], adopts this resolution: ‘That in the holiday celebrations held annually by the Kindergarten Association at the University Settlement every feature of any sectarian character, including Christmas trees, Christmas programs and Christmas songs, shall be eliminated.'”*

It makes me recall my Church History professor in seminary, who delighted to tell the tale of his days at Notre Dame University, when as an "elder" student he would tour prospective families around the campus.  Whenever someone asked who the statute represented atop the main building, he'd always reply it was a nice Jewish girl.  The one who couldn't find a place in the inn, and was chased into Egypt by the powers of this world.  I also remember kindergarten, and Christmas celebrations in kindergarten; and in every year of my childhood in school, even after prayer was banned in school.  That, of course, is not the point.  It's the paranoid style, as Hofstadter defined it, that is the point.

And why am I telling you this?

Trump is not new; not in anything he does.  He's frightening, but he's as American as violence and cherry pie.  Which is probably even more frightening.

*And have I mentioned my theory that conspiracy theories are attractive because they make the adherents feel special enough to actually be the subject of such complicated machinations?  It explains the tenor of the Texas article (how important the nascent US is that the Pope and the "Monarchs of Europe" would conspire against it), of the Bernie dead-enders (only the combined evil of the Democratic establishment could blunt our savior's victory!), and Trump (well, that goes without saying, doesn't it?).

**I tried to find a direct link to that, but one of the first links was the American Nazi Party, so I declined to go beyond the Google page.