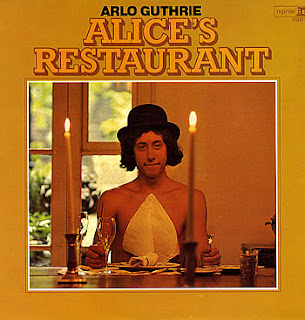 DALLAS — I am a Republican presidential elector, one of the 538 people asked to choose officially the president of the United States. Since the election, people have asked me to change my vote based on policy disagreements with Donald J. Trump. In some cases, they cite the popular vote difference. I do not think president-elects should be disqualified for policy disagreements. I do not think they should be disqualified because they won the Electoral College instead of the popular vote. However, now I am asked to cast a vote on Dec. 19 for someone who shows daily he is not qualified for the office.
....
Mr. Trump goes out of his way to attack the cast of “Saturday Night Live” for bias. He tweets day and night, but waited two days to offer sympathy to the Ohio State community after an attack there. He does not encourage civil discourse, but chooses to stoke fear and create outrage.

This is unacceptable. For me, America is that shining city on a hill that Ronald Reagan envisioned. It has problems. It has challenges. These can be met and overcome just as our nation overcame Sept. 11.

The United States was set up as a republic. Alexander Hamilton provided a blueprint for states’ votes. Federalist 68 argued that an Electoral College should determine if candidates are qualified, not engaged in demagogy, and independent from foreign influence. Mr. Trump shows us again and again that he does not meet these standards. Given his own public statements, it isn’t clear how the Electoral College can ignore these issues, and so it should reject him.

I have poured countless hours into serving the party of Lincoln and electing its candidates. I will pour many more into being more faithful to my party than some in its leadership. But I owe no debt to a party. I owe a debt to my children to leave them a nation they can trust.
....
Hamilton also reminded us that a president cannot be a demagogue. Mr. Trump urged violence against protesters at his rallies during the campaign. He speaks of retribution against his critics. He has surrounded himself with advisers such as Stephen K. Bannon, who claims to be a Leninist and lauds villains and their thirst for power, including Darth Vader. “Rogue One,” the latest “Star Wars” installment, arrives later this month. I am not taking my children to see it to celebrate evil, but to show them that light can overcome it.
....
Finally, Mr. Trump does not understand that the Constitution expressly forbids a president to receive payments or gifts from foreign governments. We have reports that Mr. Trump’s organization has business dealings in Argentina, Bahrain, Taiwan and elsewhere. Mr. Trump could be impeached in his first year given his dismissive responses to financial conflicts of interest. He has played fast and loose with the law for years. He may have violated the Cuban embargo, and there are reports of improprieties involving his foundation and actions he took against minority tenants in New York. Mr. Trump still seems to think that pattern of behavior can continue.


And yet his conclusion is to vote for Kasich, not to throw the race to Hillary.  So I dunno if I agree with him or not.....

Addendum:  it occurred to me that the electoral college could throw this into the House of Representatives.  How that would elect Kasich is a bit unclear, without a majority (270) of the electors picking Kasich (the choice of this "faithless elector").  Here's the relevant language from the 12th Amendment:

The highlighted language makes it interesting, and poses an interesting issue:  who would represent each state?  A Republican from California?  A Democrat from Texas?  That alone would be interesting.  But the House has to vote on the nominees voted on by the electors, so if enough votes did go for Kasich (say), to throw out anyone having 270 votes, it could get very interesting.