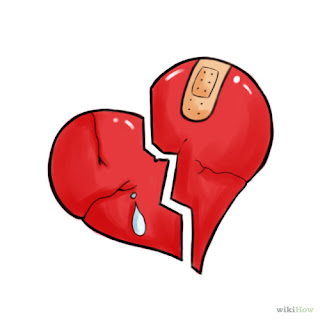 It's interesting this morning how clearly religion keeps impinging on the national conversation.

Dahlia Lithwick and Robert Tsai don't say that Donald Trump has constructed a mystery cult, but that's what they mean:

We need to be very careful when Trump’s spokespeople tell us that there is a third way, that there is a kind of code at work here. When you are told that all Trump supporters know which of Trump’s boasts and threats are true and which are false, you are being spoon fed a linguistic truism: that you are only a real citizen when you are able to decipher which of his statements are true and which are bluster. This is a way of using language to posit that there are insiders and outsiders, and only the insiders know what truth really is while the outsiders will just have to suck it up. President Trump isn’t supposed to respond only to those who possess the decoder, people like Lewandowski, Thiel, and Ryan who feel empowered to    make up what’s real and not after the fact because “he won.” The presidency is designed to lead us all, and to negotiate and deal on behalf of us all with foreigners who also might not get the code. When language itself is bifurcated so that only a slice of Americans understands what is true, we will become a country governed by some, for some, using a version of reality reserved for a very few.

And Van Jones is right:  the conversation shouldn't be about "them," it should be about us:

Look, the premise of your question is not what I sign onto. I’m not trying to reach out to people to change their mind. I’m reaching out to people to change my heart. The main danger is that Trump pulls everyone down into a world of hateful suspicion and vitriol, including us. The first thing I’m trying to do is to make sure that my heart stays open and I’m actually listening — that I’m actually doing what I’m accusing them of not doing. It’s very easy for us to sit in our liberal bubbles and say these people never listen to anybody, these people stereotype people, they’re all ignorant.

What if they believe things that are fundamentally not true?

Again, your premise is that there’s something wrong with them that we need to fix. My premise is there’s something wrong with us that we need to figure out because, first of all, we’re never going to convince 25 percent of the country that we’re right because they’re hardcore conservatives. If you gave them fake news, real news or no news at all they’re going to be right-wingers, so let’s not worry about that. Likewise, if they’re sitting around trying to figure out how to convince us to be Republicans, they’re wasting their time. It’s the 50 percent of the people in the middle. Again, the people who went from Obama to Trump — here’s where I think we’re failing. We’re so focused on the people who are at the extreme, who are not going to move anyway.

We’re building Trump’s coalition for him by, basically, treating them all as if they’re all “deplorables” and irredeemables or stupid people who we need to fix, and that’s the problem. That’s the elitism. We are operating — listen, both parties suck right now because the liberals think we’re the party of the working people and the poor people and the downtrodden, but we have allowed a strain of very nasty elitism to take root in our party such that we don’t even see it anymore. Then the Republicans suck because they see themselves as the party of colorblind meritocracy, but they’ve allowed a section of horrible bigots, including outright neo-Nazis, to take up residence in their party and they either deny it or downplay it.

Neither party now seems to be capable of actually respecting all Americans. This is a major problem. This isn’t a left-right problem, this is a right-wrong problem. This is a major problem. I’m trying to stick up for progressive values, but also to build a bridge of respect back over to Trump voters because not all of them signed on to all the worst stuff that he said, just like not all of Hillary’s voters signed on to everything she said.


But he's talking about sincerity; and everyone knows, if you can fake that, you've got it made.  What Jones can be heard to be saying, in the political realm, not the moral/ethical one, is that if you can convince people you are talking to them, you can elect Paul Ryan and the Freedom Caucus and Ted Cruz, and then set about dismantling Medicare and repealing Obamacare and doing whatever the hell you want with Chinese foreign relations, because:  "Message:  I Care."  You can let 1300 jobs go in Indiana, "save" 800, pay a corporation $7 million, and declare yourself a hero of the "working man."

When, of course, you don't care at all, except about imagery.  There's a reason Donald Trump twice, that we know of, went to very expensive New York restaurants once the campaign was over.  Like W.'s "ranch" that he bought for the Presidency and sold the minute he was through with the White House, Trump's message with McDonald's and taco bowls was:  "I care."  But he didn't; he never did.  Does he need to change his heart?  Does anybody expect him to do that?

It does make sense, from a political position, to listen to people rather than to stereotype them (a favorite past-time of the internet) and dismiss them.  But that's good politics, not the realm of a change of heart and self-discernment.  Letting go of your anger at Trump voters is not in the same ballpark as self-examination.  The former is a matter of ego; the latter is a matter of negating ego.  It's part of the reason Christianity is still sometimes treated as a mystery cult.  If you're going to earnestly pursue the line of changing your own heart, you have to follow Merton into the desert, because the real world will never allow you to fully practice what you preach.

What we don't need to do is set up yet another reason to draw lines between "us" and "them."  Jones' argument is that neither political party "seems to be capable of actually respecting all Americans."  When did a political party actually do that, or seem to be capable of doing that?  Is that the goal?  How do you do that while telling Americans they shouldn't vote for the other party?  Are we to believe politics was once a gentlemanly pursuit?  Does that explain the vitriol unleashed between Adams and Jefferson in the fourth presidential contest this country ever had, back in the day when only  male landowners could vote, long before the franchise became more democratic?

This breast beating will not do.  It won't do because we can't confuse politics and religion this way.  "Religion is responsibility, or it is nothing at all."  Politics is all about diffusing responsibility.  Yes, the adults eventually have to take charge in the White House or the halls of Congress, but that only happens when the situation demands an answer.  All the scurrying to declare a repeal of Obamacare while simultaneously not repealing it "just yet," because it's a GOP plan that the GOP can't replace without the same plan as the ACA, is a fine example of how responsibility is avoided at all costs.  If we decide religion is the replacement for politics, we misunderstand religion and do ourselves no favors.

It is a fine religious precept to examine your own heart, to see the world as needing to change, and the change starts with you.  That humility is sadly lacking in the public discourse.  You will look for it in vain in the heated comments on internet sites.  But that doesn't mean humility is the solution; that's just another way of seeking power.  My humility will change you, will allow me to get you to agree with me, will get you to vote the way I want you to.  Except, of course, humility doesn't do that at all, and using it as a club is one step away from the mystery cult, where there are those inside, and those outside.

The pressure to take over is always strong.  One way to keep the balance is for a political system to NOT respect all persons.  Clearly we have to reject the bigoted, the hateful; but we also have to reject the callous, the indifferent, the cruelly ignorant.  I shouldn't do that as a Christian.  As a Christian I should see them as children of God, even as the Christ (who are the 'least of these' if not the callous, the indifferent, the cruelly ignorant?).  But I cannot show due respect to such people in my political leanings; I cannot give them equal voice to those I think are constantly rendered voiceless.  I cannot declare their ideas equal to mine, without rendering my ideas worthless and meaningless.  As an individual I can open my heart to them, and believe that I should.  As a member of the polis, I have a duty to the def to never allow their ideas to control the fate of the nation.

Some ideas, and some people, truly are deplorable, in one sphere if not in the other.

And, of course, there's the irony of Lithwick and Tsai's analysis:  that "we will become a country governed by some, for some, using a version of reality reserved for a very few."  Most Trump voters think that's already true, and their vote was an attempt to make it true for them this time.

So maybe that question of self-examination is important to this discussion; it just depends on what self we are examining.*

*To be fair to Mr. Jones, this is a much more astute political analysis:

You have a huge consultancy class that is neither working-class nor people of color — basically a bunch of overwhelmingly white guys that got a billion dollars and set it on fire in the Clinton campaign. They didn’t spend the money on black people and Latinos. Our turnout operations were underfunded. The organization Voto Latino ran out of money registering voters, and couldn’t raise money because people were so busy giving money to the DNC to get points toward being ambassadors. It’s not like the Democrats raised a bunch of money and spent it on people of color, and now they need to stop doing that and start spending it on working-class white people. They didn’t spend the money on working-class white people or people of color. Now they want to pretend they did too much for us and now they’ve got to start doing something for somebody else. No — you didn’t do anything for anybody in the campaign.

The party that could have won would have been the party of underdogs of all races in red states and blue states. That frankly sounds a little bit more like Bernie Sanders was the better race analysis. That would have been an unstoppable freight train. It’s not that the party’s race politics were bad; it’s that the party’s class practice is horrible. The class practice of just having people with advanced degrees sitting around talking to each other all the time and then focus-grouping and polling all these other people and trying to interpret them through data as opposed to talking to somebody. That’s a problem. You can have a robust defense and celebration of our racial diversity and uplift the incredible dignity and decency and honor of white males in the red states and be perfectly fine. It’s not either/or. They didn’t do either and they want to blame us. There’s a word for that, it’s called “racism.”