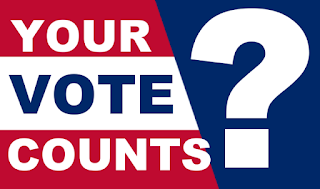 There is a lot of arguing going on about the Electoral College but, as far as I know, little judicial history on the subject (that is, no case law interpreting the words of the Constitution).  So here is what the Constitution says about it:

Each State shall appoint, in such Manner as the Legislature thereof may direct, a Number of Electors, equal to the whole Number of Senators and Representatives to which the State may be entitled in the Congress: but no Senator or Representative, or Person holding an Office of Trust or Profit under the United States, shall be appointed an Elector.

The Congress may determine the Time of choosing the Electors, and the Day on which they shall give their Votes; which Day shall be the same throughout the United States.
Twelfth Amendment


And here is the beginning of Hamilton's argument for the electoral college:

THE mode of appointment of the Chief Magistrate of the United States is almost the only part of the system, of any consequence, which has escaped without severe censure, or which has received the slightest mark of approbation from its opponents. The most plausible of these, who has appeared in print, has even deigned to admit that the election of the President is pretty well guarded.1 I venture somewhat further, and hesitate not to affirm, that if the manner of it be not perfect, it is at least excellent. It unites in an eminent degree all the advantages, the union of which was to be wished for.

It was desirable that the sense of the people should operate in the choice of the person to whom so important a trust was to be confided. This end will be answered by committing the right of making it, not to any preestablished body, but to men chosen by the people for the special purpose, and at the particular conjuncture.

It was equally desirable, that the immediate election should be made by men most capable of analyzing the qualities adapted to the station, and acting under circumstances favorable to deliberation, and to a judicious combination of all the reasons and inducements which were proper to govern their choice. A small number of persons, selected by their fellow-citizens from the general mass, will be most likely to possess the information and discernment requisite to such complicated investigations.

I would note, first, that arguments that the states cannot direct the votes of electors is on dubious ground based on the language in Article 2, because the appointment of electors was left to the States, through their legislatures.

Today, state laws are apparently uniform on the manner in which electors are chosen, if not in the laws that require them to vote as the electorate directed and their pledge dictates.  This is the best information I have on the subject, and I will simply quote it:

There is no Constitutional provision or Federal law that requires Electors to vote according to the results of the popular vote in their states. Some states, however, require Electors to cast their votes according to the popular vote. These pledges fall into two categories—Electors bound by state law and those bound by pledges to political parties.

The U.S. Supreme Court has held that the Constitution does not require that Electors be completely free to act as they choose and therefore, political parties may extract pledges from electors to vote for the parties' nominees. Some state laws provide that so-called "faithless Electors" may be subject to fines or may be disqualified for casting an invalid vote and be replaced by a substitute elector. The Supreme Court has not specifically ruled on the question of whether pledges and penalties for failure to vote as pledged may be enforced under the Constitution. No Elector has ever been prosecuted for failing to vote as pledged.


There is no link in the original to that Supreme Court decision, so we'll have to take this as read.  I know Lawrence Lessig seems to think that point is still justiciable, but I can't comment on how or why.  Still, just as we now elect Senators directly, we also (albeit somewhat indirectly, if the electors aren't on the ballot), elect our electors.

It's a bit of a Rube Goldberg device, since it doesn't really fulfill Hamilton's vision of the electoral college at all.  It also doesn't raise the hopes of anyone expecting 37 electors to change the face of the outcome called by the Associated Press.*

What it does is call into question the validity of the electoral college.  Yes, the college means politicians have to pay attention to states with less population than New York and California; but Texas is the second most populous state in the union and, despite Hillary Clinton coming within striking distance of Trump without really campaigning here. the DNC is still convinced there's no value in investing in races (as in Louisiana recently) where they don't see a clear and easy path to victory.  The GOP would similarly write off California, and seek heavier voter turnout elsewhere.  You would think both parties would have learned how important voter turnout is, but probably not.

Any outcome is going to be the tyranny of the majority, or of the minority.  Trump's approval rating is currently 48%; his disapproval rating is also 48%.  Which of those groups is the tyrant?  Which group of voters gets to determine the outcome?  The populace?  Or should be it by acreage (or county?  And yes, that measure is falsely reported for this race, but still:  why would it matter?).

Which leads me to a modest proposal.  Doing away with the electoral college is an uphill fight.  Nobody cares about it between quadrennial elections, and few states are going to be inclined to eliminate it, especially the smaller ones (in population, not acreage).  Probably the best solution is to get more states to go the way of Maine and Nebraska, and award electoral votes proportionately, rather than winner-take-all.

If demographics truly is destiny, or if the Democrats can simply be persuaded that Howard Dean was right (yay Vermont!), this might be possible in states where the GOP starts losing its authority.  Redistricting, after all, doesn't effect Presidential votes.  Proceed state by state, and pretty soon almost every state in the Union will want to be on that bandwagon.  And it wouldn't require any change in the Constitution, at all.

Of course, I'd rather go to direct election of the President, as we did with Senators.  But whatever works to get closer to that goal....