December 10 (from the archives) 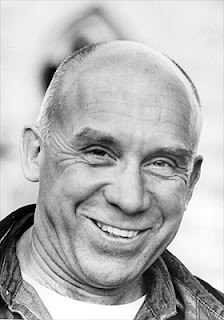 "The Advent mystery is the beginning of the end of all in us that is not yet Christ."

The sermon I gave [at the conference on monasticism the morning after Merton's death] was a moment of talkinga bout Merton's search for God.  When a monk enters a monastery, what is asked of him is "Are you truly seeking God?"  The question isn't "Have you found God?"  The question is "Is he seeking God?  Is his motivation highly involved in that search of who and what God is in relationship to us?"  It's not philosophical--it's existential.  And Merton, to me, was a great searcher.  He was constantly unhappy, as all great searchers are.  He was constantly ill at ease, he was constantly restless, as all searchers are--because that's part of the search.  And in that sense he was the perfect monk.  Contemplation isn't satisfaction--it's search.