"Welcome to the Trump era, and may we be struck speechless in order to improve our effectiveness." 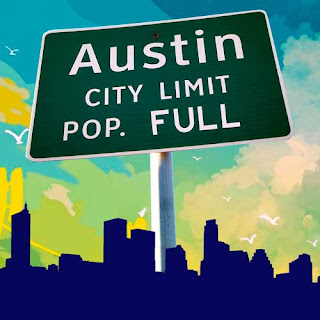 --letter from a friend.

Returned to old haunts this weekend, and that sets the theme this morning.  Some things were still there; some were there and not there; some where obliterated, some replaced, and nothing was as it was 25 years ago.

We still aren't hip enough for the place (but we never were), and the locals are still complaining about the ingress of non-locals.  We were there 15 years, long enough to be local ourselves.  Back then there was just a general desire to convince people it wasn't that great a place, please don't come; it hadn't been distilled to a logo.  The sentiment, 40 years later, is still the same, however.

The great delight was finding this in print, and then on-line, where it could be quoted easily.  A sampling:


When a significant number of voters decide that the outcome of an election is not important enough to prioritize their party's candidate, the result is just not on third- party totals but the very tone and tenor of the nation's dialogue. In this past election, as in 2000, those whose votes privileged personal feelings over national interest had immediate consequences – not just derailing and pushing back a progressive agenda but enabling a conservative if not reactionary one, that deliberately reduces the rights of significant segments of the population.

Usually before elections these dissidents casually boast of their own integrity, especially as contrasted with the masses of mainstream voters. They seem to not care at all how the election results affect such groups as immigrants, women, minorities, the working class, labor, the LGBT community, and academics.

After the election rather than owning their role in its results, they not only deny their impact but indignantly dismiss any who criticize their decisions as bullies trying to dictate to them how to vote.

You get the idea without even reading the column's title.  Further the argument goes:

These folks often talk about how evil all politicians are, that our elected leaders make terrible decisions for the worst reasons. Social media self-declared pundits condemn government, business, media, and diplomacy as concurrently they anoint themselves, proclaiming their pure and untainted moral vision.

Ironically many of these same people were shocked by reading Clinton's emails, stunned to discover that grownups in politics play a cutthroat game. Having forever described the system as hopelessly corrupt, evidently they thought its participants would be like shepherds with sheep, wise men with staffs, compassionate monks in the sweet gardens of government.

The basic assumptions of those most critical of the Democrats and candidate Clinton were that a two-dimensional good guy vs. bad guy scenario was appropriate. They positioned it that incredibly difficult decisions were actually easy, while fantastically complicated situations offered clear solutions. Evidently it turns out from extremists of both the right and left that foreign diplomatic relations were actually simple and easily executed. Rather than impossibly difficult, what needs to be done in places like Syria and Libya is as clear as following a marked route on a map.

As Auden put it in his "Sonnets in Time of War":  "Maps can point to places where life is evil now."  But here comes the roundhouse punch:

Let's suggest that rather than easy, government is hard. Decisions are difficult. Problems are complex. Often there is not an easy answer. But again, sitting at home it is easy to not just make decisions but pass judgment on others who do.

Often when we think the government is most broken, it is working as the Founding Fathers intended. But then when we insist it is broken, claim it doesn't represent us, that given the poor choices it is more important to vote our conscience than care about the future government of this country, then it becomes broken, because we break it.

Unfortunately the claim that there is no real difference between the parties is going to be seriously addressed. Having overly obsessed on the Democratic Party's imperfections and failures, tired of waiting for them to offer a more perfect vision, folks helped hand the country to Trump. I'm pretty sure that quite dramatically he will be schooling us in the difference between the two parties.

And then we see it land:

NOW we are likely to see the championing of reactionary politics, the deliberate destruction of the social safety net, the privileging of big money and big business over most Americans, the turning of citizen against citizen, and the acceptance of a gospel of exclusion and discrimination. The dark shadow nightmare of the progressive agenda. A half-century of progress is likely to be wiped out. Parts of the population will be heavily discriminated against. But at least we know there are a lot of proudly progressive, even radical citizens who refused to legitimize the corrupt Democratic Party. And are feeling very good about their vote.

I've encountered several people on the web I'd like to present the full column to, secure in the knowledge it would sail right past them.  Oh, well.  Truly you can't go home again; but you can enjoy the view from time to time.

As Charlie Pierce (also) puts it:


Or, you know, that fact that she wasn't Bernie.

Charlie's dissection of Chris Cillizza is a pleasure in its own right.